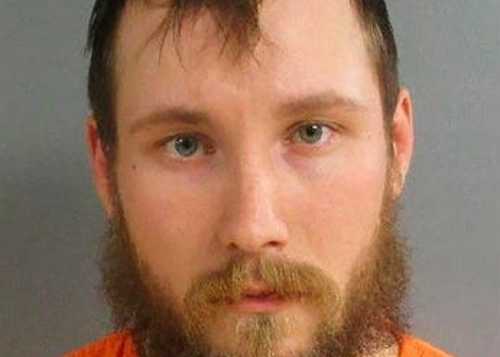 Joseph Morrison was on a downward path when an inheritance helped him buy a rural Michigan home that became a training ground for a plot to overthrow the government, according to a former family friend and records reviewed by Deadline Detroit.

The 26-year-old faces terrorism charges for his role in an alleged scheme to attack the state Capitol building and kidnap government officials, including Gov. Gretchen Whitmer. Authorities say he’s a founding member and the commander of the Wolverine Watchmen militia they say is behind the plot.

Morrison’s apparent radicalization followed a series of wrong turns. He was born with fetal alcohol syndrome and taken in by relatives in Warren as a teen, said Mike Vogel, who was close with a cousin of Morrison’s and had met him several times. The young man, he said, went astray after picking up drinking while enrolled at Western Michigan University.

Morrison never completed college, Vogel said, and later joined the Marines but was discharged. In 2017, he was convicted of drunken driving in Howell and lost custody of his then-2-year-old child to relatives, Secretary of State and court records show.

When news broke Thursday that Morrison was among 13 people accused in a sprawling right-wing plot against the state government, Vogel says he wasn’t surprised.

Upon reading only a headline, he’d thought to send Morrison’s cousin a joking text suggesting his involvement. Then, he saw the 26-year-old’s name.

“We had seen his picture in front of the Capitol holding an assault rifle, so that was the first thing that (came to mind),” said Vogel, referencing Morrison’s involvement in an April 30 demonstration against Whitmer’s pandemic orders. “And I knew he was getting more and more extreme in his views from his Facebook posts, (talking) about tyranny and what-not.”

Vogel, 34, met Morrison on three occasions between the alleged militiaman's senior year in high school and mid-20s, when relatives began to distance themselves from him for the turn his life took. He said something seemed "off" about Morrison, pointing to his mannerisms and how he interacted socially. However, he said he never expressed any radical views.

Relatives of Morrison’s declined to comment for this story.

Reached by phone Saturday morning, a relative who took him in as a teen and later took custody of his child said, “We want to keep this private because we want to protect this child.” The woman said there were inaccuracies in this article but would not specify when pressed.

Morrison lived with another alleged founding member of the Wolverine Watchmen, Pete Musico, a 42-year-old who Vogel said was the grandfather of Morrison’s second child. Morrison purchased the home in Munith, in Jackson County, in 2018, following the death of a relative who listed him as one of about a dozen heirs of her $3-million estate. Prior to receiving the inheritance, Vogel said he understood Morrison to be in financial trouble, working a low-wage job at a farm or orchard.

At his new ranch home on 2.5 acres, Morrison would host militia trainings, authorities said, with participants shooting high-caliber weapons and sending bullets flying “off (his) property in all directions,” a neighbor told the Daily Beast.

“They were the kind of neighbors you stayed away from,” another neighbor told the news site, asking not to be identified for fear of reprisals. “They were mean. You knew they were involved with the militia. That was obvious from the constant shooting.”

The house was blighted with junk strewn across the front yard, images posted by media outlets show. A Confederate flag and another showing a ring of 13 stars for the original colonies dotted the property.

The men, authorities said, were preparing for the “boogaloo,” a term referencing a violent uprising against the government or impending civil war. Morrison was known online as “Boogaloo Bunyan.”

As commander, he brought real military experience to the group. Morrison joined the Marines in 2015 and was a reservist with the 6th Engineer Support Battalion, 4th Marine Logistics Group out of Battle Creek, a military official said.

A statement from the Marine Corps said he was discharged Thursday for reasons unrelated to the charges against him, though Vogel recalled him having been discharged sooner. Military officials could not immediately say what type of discharge he received.

According to a court affidavit, the Wolverine Watchmen began recruiting members via Facebook late last year. In addition to attending training, members were tasked with identifying the home addresses of law enforcement in order to target them, authorities said. They’ve also allegedly made threats of violence to instigate a civil war leading to societal collapse.

Morrison and Musico are each being held in Jackson County Jail on a $10-million bond after an assistant attorney general called them an extreme danger to public safety. They face a host of charges: threat of terrorism, gang membership, providing material support for terrorist acts and felony firearm counts.