Michigan has signs of a 2nd Covid wave; highest spikes since April

Seven months into the year of plague, Michigan has fresh evidence of the need for continued precautions.

State health officials list 1,522 new confirmed Covid cases, the highest daily jump since April 7. That pushes the cumulative total to 134,656 as of Saturday. (Most patients recovered, more or less.)

The weekly average of daily new diagnoses hit 1,020, the most since April 17.

Nearly 6,900 deaths in Michigan since March 10 are linked to coronavirus, at least in part. (Updated figures come Monday afternoon.) 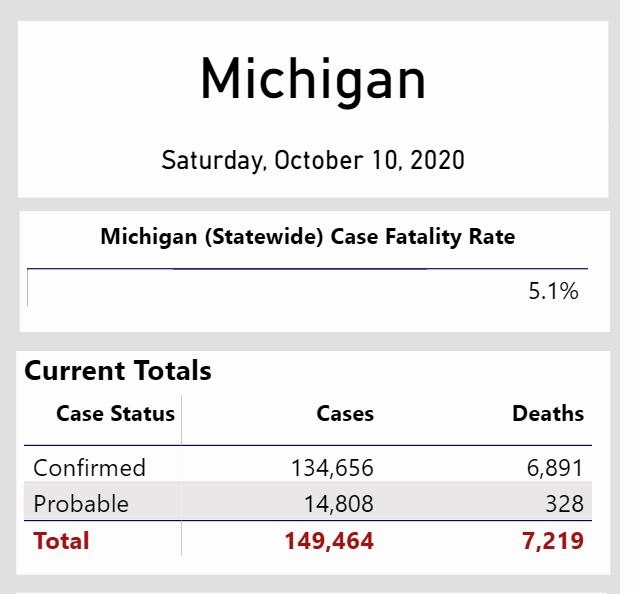 Hospitalizations have increased steadily for the last three weeks, including a slight uptick in critical care, WDIV posts Sunday.

Michigan isn’t alone in seeing the rise. Six states -- including Ohio -- had record breaking single-day increases of cases, leading to new fears that we may be at the beginning of a second wave. ...

An updated coronavirus projection model claims the U.S. could see 395,000 deaths by February, a different number from what the president is projecting. "It's going to disappear," President Donald Trump said Saturday. "It is disappearing and vaccines are going to help and the therapeutics."

In Lansing, the governor's chief medical executive says she's "very concerned." Dr. Joneigh Khaldun tells The Detroit News: "What is really concerning is our hospitalizations and our deaths are also going up." 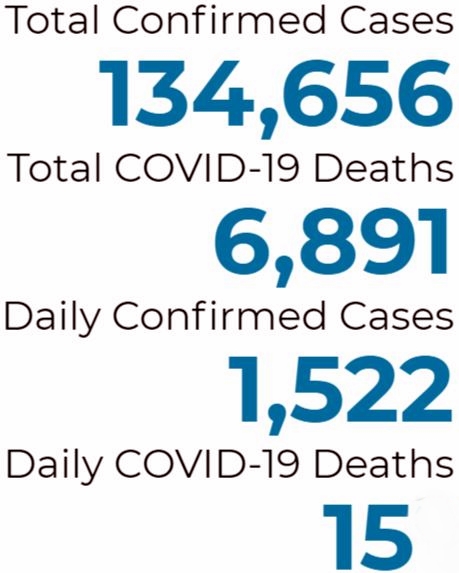 "Community spread is now occurring with small gatherings -- day after day, households and families and friends.

"The only thing that will prevent the next wave is us."

Another new development is the discovery of the virus in mink at an unidentified Michigan farm, the state's first such outbreak (following cases in Utah and Wisconsin). There is no evidence that animals, including mink, play a significant role in spreading the virus to humans.