Stamm: Have you left no sense of decency, Michigan House Speaker Chatfield?

At a time when normal is a nostalgic memory, maybe it's inevitable that a top Republican legislator tries to exploit the scary scheme to snatch Michigan's governor.

Yet even by the standards of 2020, a seven-tweet thread astonishes by using a deadly serious case for a partisan chain-yank. Two days after law enforcers busted an alleged conspiracy involving interstate abduction, a diversionary bomb, an 800,000-volt stun gun and other weapons, the Michigan House speaker asks the target why she didn't alert legislators about a parallel plot aimed at them:

Why weren’t we warned of the plot to take hostages at the Capitol? The plot by these terrorists was against us too. Why weren’t House sergeants warned? You knew and we weren’t even given a warning. We had people working in the building and their lives matter too. (2/7)

Consider the audacity of this 32-year-old representative from Northern Michigan: He suggests pretends to suggest that Gretchen Whitmer was somehow selfish or negligent by not sounding an alarm amid an undercover investigation led by the FBI. And by not tipping Republican legislative leaders who sided with her armed critics at spring protests in Lansing and Grand Rapids. 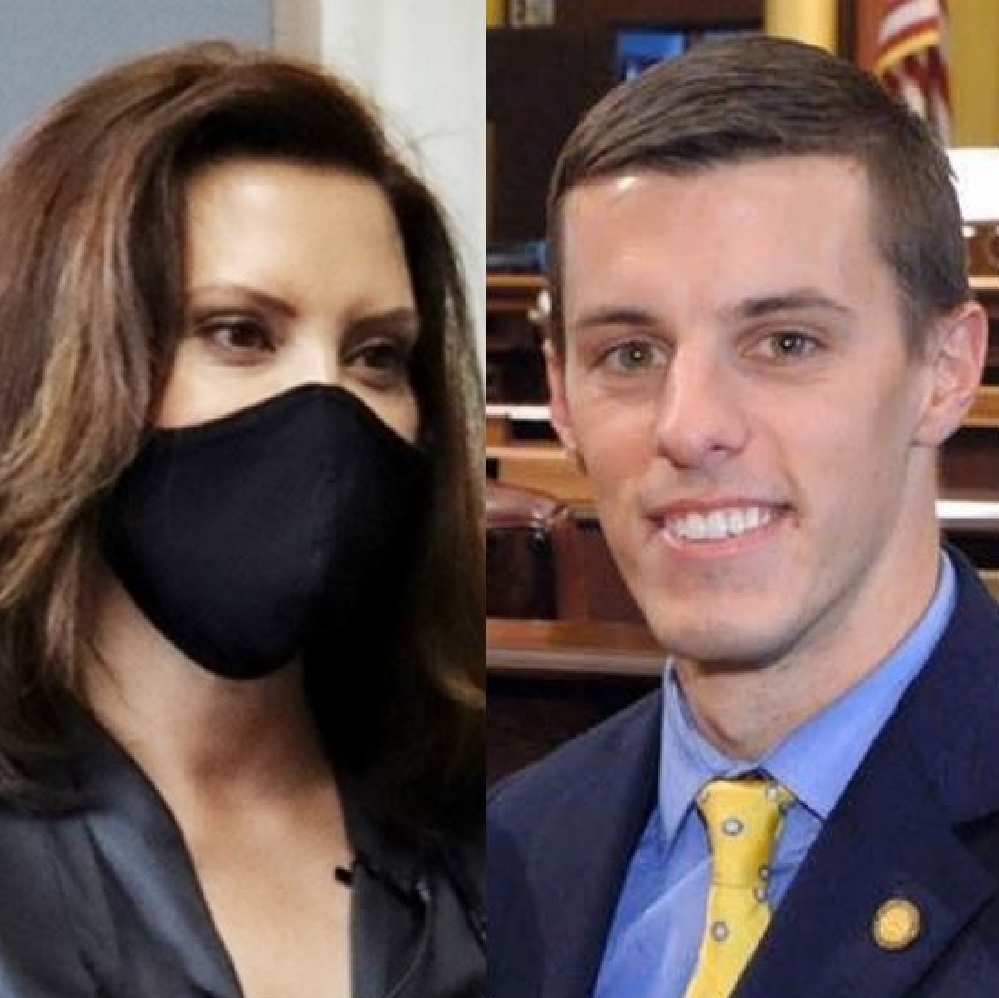 Talk about putting the diss in disingenuous.

Still he persisted. After complaining that "you knew and we weren’t even given a warning," Chatfield pivots and says: "It’s time to tone the partisan rhetoric and the heat down."

Ohh-kayy. We all can see what's going on.

In his closing tweet, the speaker dons a cloak of concern and says he's "praying for the good health and constant safety of you and your family, Governor. I hope you are of mine too."

Reactions this weekend are swift and sharp.

Whitmer "won't be distracted by the speaker's partisan attacks," spokesman Zack Pohl tells The Detroit News. "If the speaker has concerns with this successful law enforcement operation, he should direct them to the FBI and President Trump's Department of Justice, which was in command."

A similar perspective comes from Barb McQuade, a former federal prosecutor now teaching law at the University of Michigan. "Law and operational security prohibit ⁦her⁩ from alerting others. That's DOJ's call, not the victim's," she tweets.

State Attorney General Dana Nessel grabs the chance for a callout: "Legislators claiming they had no knowledge of the possibility of a tragic event at the Capitol are disingenuous at best. Want to protect those who work at the Capitol building? Pass legislation to ban weapons from Capitol grounds."

Joshua Pugh, communications director at the Michigan AFL-CIO, posts: "Lee is gaslighting: these were right-wing extremists motivated by animosity for the governor whipped up by Republican politicians and operatives." The union spokesman notes that at an April 15 rally outside the Capitol, "attendees brandishing long guns and waving Confederate & militia flags were greeted by Chatfield waving a flag out his office window then tweeting a video welcoming them."

The Senate leader and the terrorist

Chatfield's Senate counterpart, Majority Leader Mike Shirkey, spoke at an American Patriot group rally May 18 in Grand Rapids where those on stage included William Null, one of 13 accused plotters nabbed Thursday. "Sometimes politicians get it backward," Shirkey said. "That's when these groups need to stand up and test that assertion of authority by the government. We need you now more than ever."

"This is no time to be weak in our commitment to freedom," Shirkey said to the crowd. "We need to be strong … and not be afraid of those who are taking our freedoms away from us."

According to the Michigan Capitol website, the "Let MI People Go" rally was hosted by the Michigan Pastors' Alliance and Chatfield's father, the Rev. Stanley Chatfield III, was listed as the contact person.

So spare us faux claims of a "need to cooperate more," Speaker Chatfield. Your crass, exploitive posturing brings to mind a legendary statement that skewered another Midwestern politician back in the summer of 1954.

"You've done enough," attorney Joseph Welch famously told Sen. Joseph McCarthy after the Wisconsin senator unfairly smeared a young lawyer as a Communist. "Have you no sense of decency, sir, at long last? Have you left no sense of decency?"