A construction materials supplier that illegally stored limestone aggregate along the Detroit River is fined $60,000 by the state after a partial collapse into the waterway last fall. 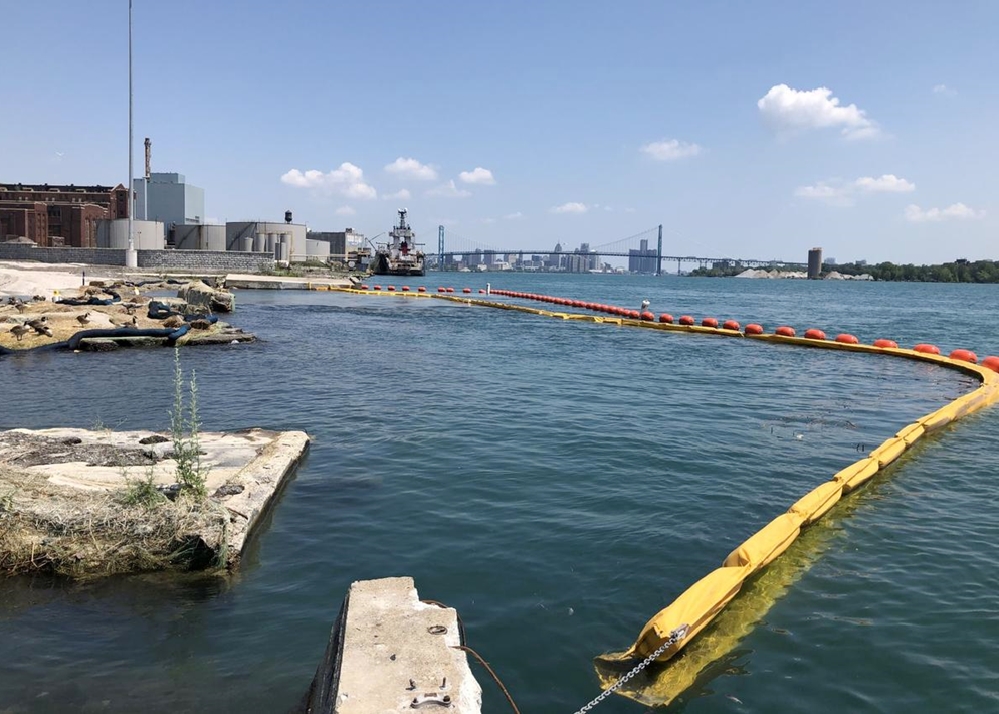 The Revere Dock firm, which must pay the penalty by Oct. 17, also accepts a cleanup agreement with the Michigan Department of Environment, Great Lakes, and Energy (EGLE) .

"They still need to remove the aggregate material that's in the river," an agency spokesman tells Michigan Radio. "So they need to make sure they have some protections in place so they can dredge that material out of the river."

Cleanup work must be done by next July, the environmental regulators say in a release.

The fines are compensation for the cost of investigation and enforcement activities and violating the Water Resources Protection and Inland Lakes and Streams sections of the Natural Resources and Environmental Protection Act (NREPA). 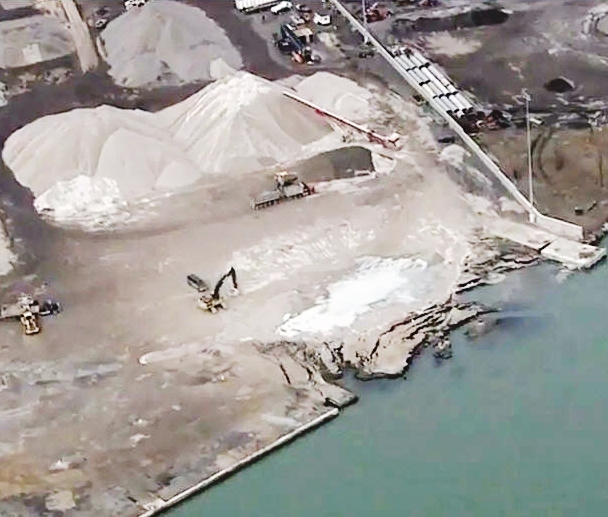 November's collapse is at center-right.

Uranium roads had been made for the U.S. Defense Department decades ago at the riverside the site by Revere Copper and Brass Co, but tests showed no abnormal radiation after the 2019 collapse.