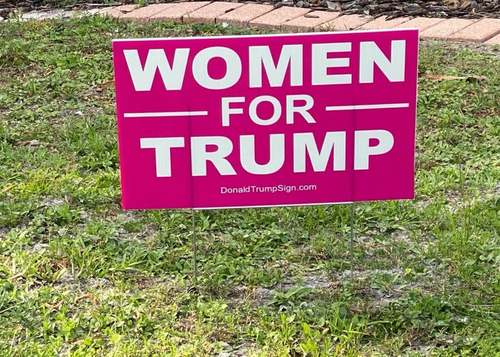 Politico has a new dispatch from Michigan this week, this one focused on a key demographic for Trump: White college-educated women in the suburbs.

"Anyone on the ground here ... will tell you the same thing," Tim Alberta writes. "As white suburban women go, so goes the state’s 16 electoral votes."

Alberta zooms in on Oakland County, specifically Democratic Rep. Elissa Slotkin's purplish district, to conclude the wide gap between Trump and Biden is likely being driven by this group. Trump lost the county, the state's wealthiest, by only 8 points in 2016, but polls show he's now down by as much as 27.

Elissa Slotkin, the freshman House Democrat who represents northern Oakland County — and whose district stretches west through the affluent suburbs of Livingston County — is witnessing the same phenomenon. Having flipped a longtime Republican district in 2018, she was supposed to be one of the most endangered incumbents in the country. Instead, she’s cruising toward reelection.

Why? According to her campaign’s most recent internal poll, she’s an eye-popping 35 points above water, in terms of net favorability, with college-educated white women. This came as a shock to Slotkin, a veteran national security official, who was worried that Trump’s law-and-order message was going to scare women away from voting for Democrats this fall. But what her polling revealed — consistent with surveys done elsewhere in the state — is that Trump’s messaging has backfired.

At least two women who fall into this demo tell Alberta they can't support Trump. One is a single-issue, pro-life Republican in Lake Orion. Another is in Brighton.

“Honestly, all the moms I know, we are really nervous about our kids, what kind of future they’re going to have. And Trump is the one making us nervous,” Jessica Morschakov, a 38-year-old ballet studio owner, told me in the wealthy, ultra-conservative township of Brighton. “He’s just so angry all the time. I really believe that he brings out the worst in people, the worst in situations.”