Endorsement sidestep: MLive 'will keep its opinion to itself' on Trump v. Biden

The publisher of eight Michigan daily newspapers tries for a public disservice spot in the Journalism Hall of Shame, which should be a thing.

In an election year unlike any other, MLive Media Group chooses not to choose because "our mission is to spread light, not heat."

"MLive is not endorsing a candidate in the presidential race," it posts Thursday morning, because that wouldn't "add anything of substance to our body of work leading up to the presidential election." 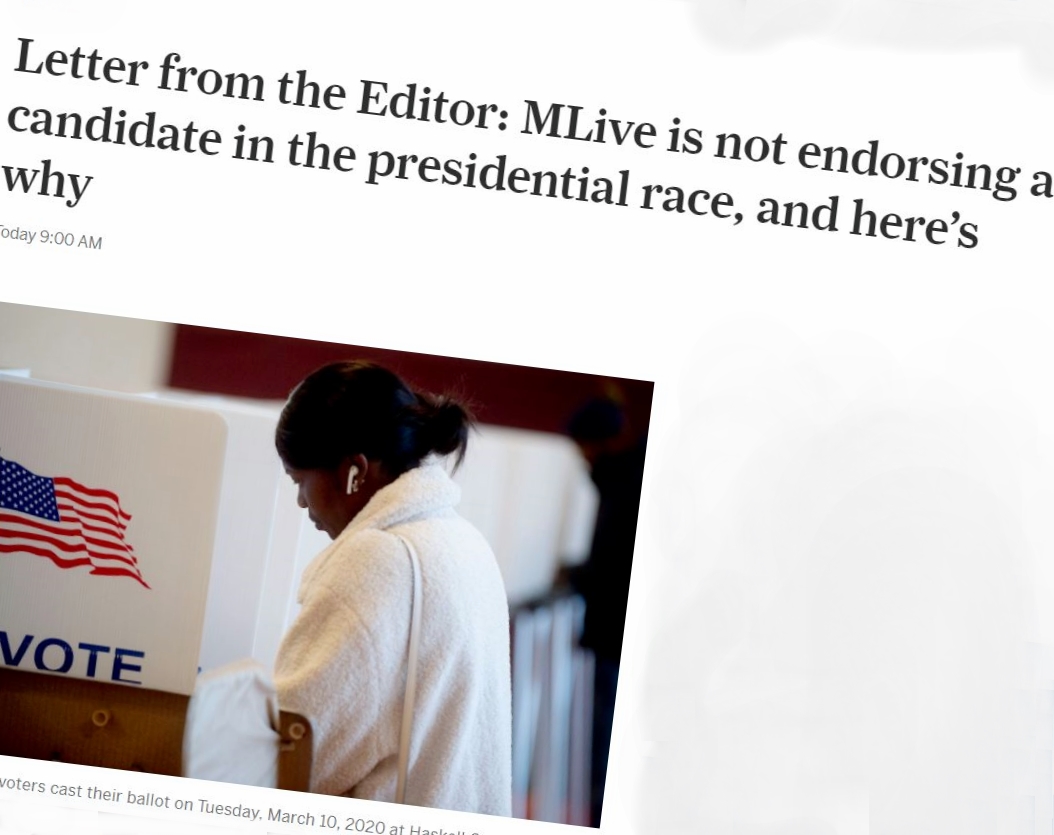 If you skipped your family reunion because you didn't want to hear your cousin’s political views, then do either of you really want to hear what we think?

Poll after poll is showing that voters are entrenched in their support for their parties and candidates; the needle has moved very little from 2016 to now, or from this spring until now, for that matter. ... The margins [are] thin, and the percentage of undecided voters microscopic.

The election is going to be decided by voter turnout, not by changing minds. So MLive will keep its opinion to itself.

Actually, the needle has moved as Trump's support drops in Michigan since 2016. And the margin between presidential candidates in Michigan is not thin in any September or October poll.

An Oct. 8-12 survey by EPIC-MRA for the Detroit Free Press shows Joe Biden ahead 48%-39%. Modeling by the respected FiveThirtyEight site projects that Biden will carry Michigan by 57.7%-41.6%, a rolling forecast updated daily. 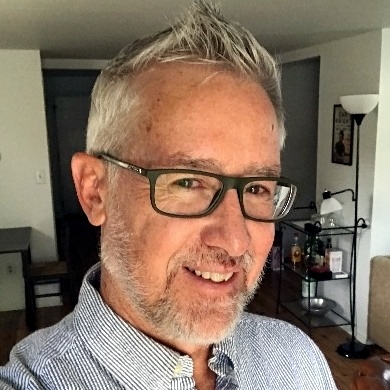 John Hiner: "MLive will keep its opinion to itself." (Photo: Facebook)

MLive's silent sidestep is called out on its Twitter feed, which draws over 160 comments about the post.

"Imagine thinking this was the right move," a reader tweets. Another says neutrality is wrong "in a state where domestic terrorists are being inflamed by the Republican president."

A third critic calls Hiner's post "absurd," adding: "You can objectively evaluate both candidates and make an informed decision. This is a cop-out."

In Detroit, the Freep doesn't keep its opinion to itself. An endorsement editorial says:

Donald Trump’s election was a tragedy whose cost Americans have scarcely begun to reckon. ... We call on Free Press readers to support the election of a new president who can restore dignity and integrity to an office debased and diminished by its current occupant. ...

Joe Biden's election is the right medicine for this infection, the course correction we need to reassure an anxious world that the American dream of liberty and justice for all endures.

The Detroit News, which punted four years ago by endorsing Libertarian candidate Gary Johnson, hasn't taken a stand yet on Biden v. Trump.

For its part, MLive claims "we own Michigan news" and says: "We strive to be both an observer and advocate for our local communities." Except when it chooses not to take a stand on a turning-point decision by voters.