Sandbox photo op: Neither rain nor lack of anything to dig keeps Detroit mayor from 'groundbreaking' 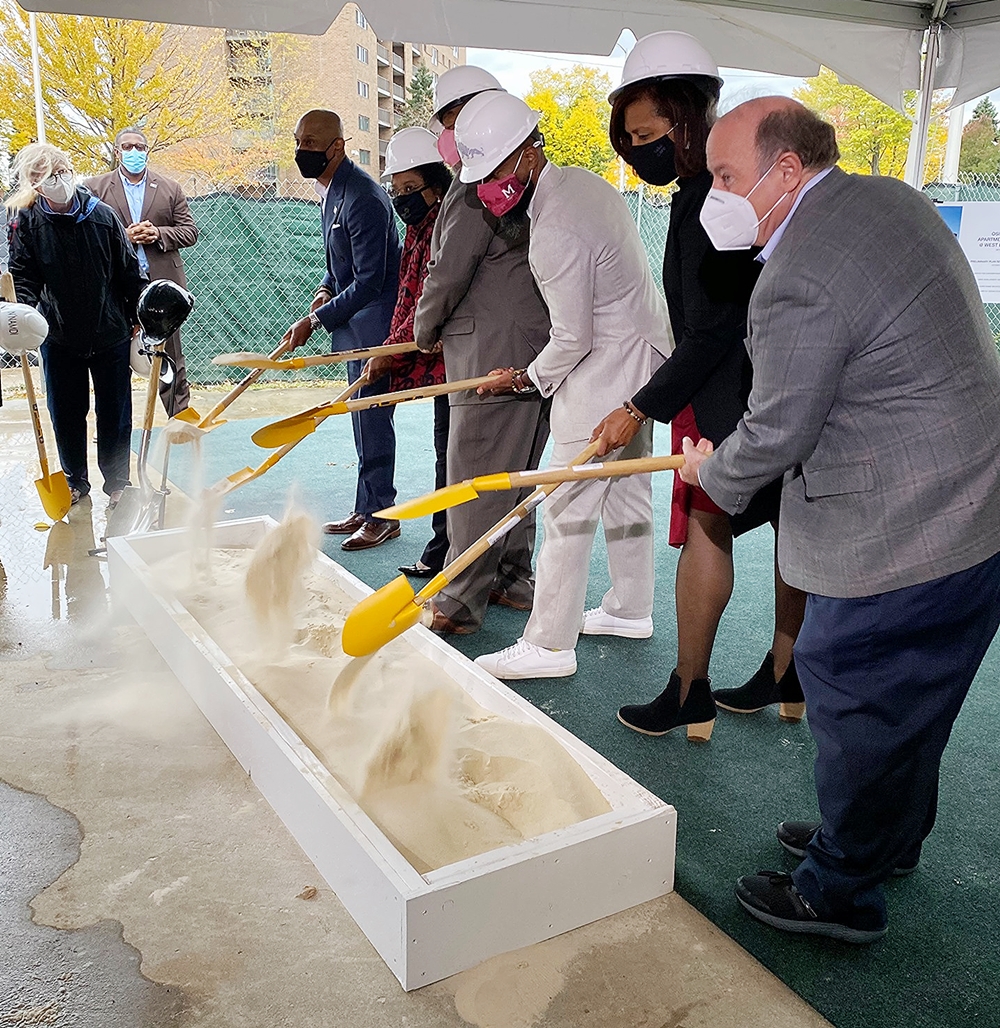 It only looks like an oversize cat waste box. (Photo: City of Detroit)

Mike Duggan and project dignitaries gathered under a Woodbridge tent on a soggy Thursday to promote the Osi Art Apartments, a four-story building coming to Grand River Avenue. "The rain couldn't stop us from breaking ground this morning on a great new development," he posts with this amusing scene.

"It looks like the mayor is cleaning out a human-sized kitty litter," quips Jon Zemke, a Detroit redeveloper not involved with this venture. He adds on social media:

"I like this project, what it's about and the mayor. But maaannn, if you're going to break ground then actually put a shovel into the earth, or get a backhoe digging, or give the man a jackhammer to start breaking up the concrete left over from the old building.

"This just looks like a lot of suits playing in a sandbox."

Dan Austin, a public relations executive who used to be Duggan's deputy communications director, acknowledges in a Facebook reply: "Well, it WAS a sandbox. ... The problem was that the site was completely covered by pavement. ... There was no dirt available, so had to improvise."

Beyond the watch-us-pretend moment is a $6.6-million project with several distinctions, as Duggan describes in his post:

Half of the 30 new apartments in The Osi will be set aside as affordable housing to allow residents of a range of income levels to be able to live there. The project also is the first to receive funding from the new $48M Detroit Housing for the Future Fund, which we announced earlier this month.

The 15 residences renting below market rates will be for tenants earning $40,000 to $60,000 a year, the Free Press reports. "The exact rent for the units has not been determined yet," it adds. "The building is slated for completion in early 2022."