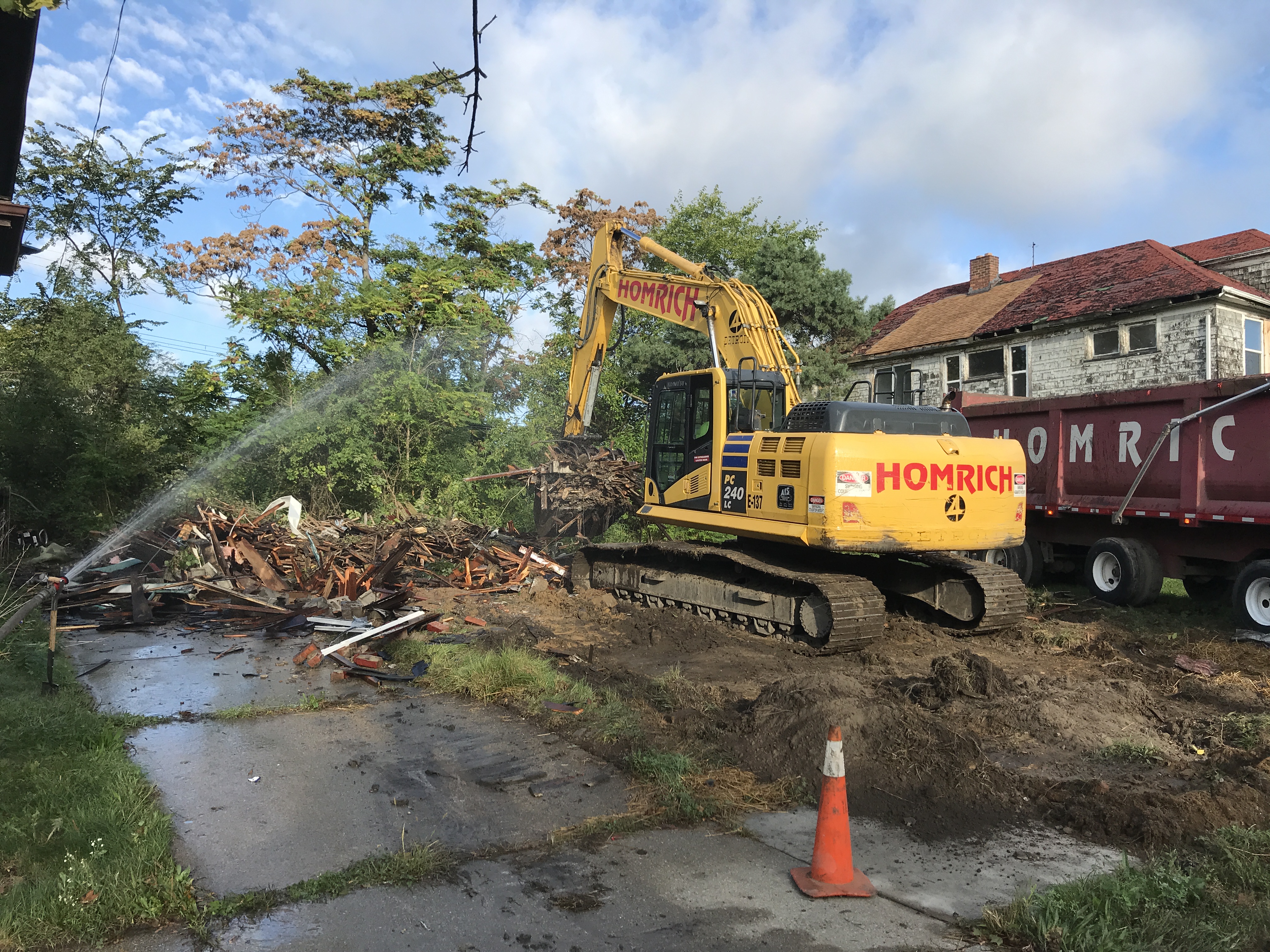 Detroit voters are being asked to approve Proposal N, a $250-million bond issue to help pay for removing blight.

But an investigation by the Detroit Free Press and Type Investigations raises questions about the city's demolition program and its potential health risks to children:

A 2017 Detroit Health Department task force report concluded there was a potential link between the high number of demolitions occurring in the city during the summer months and elevated blood lead levels of children who live near the demolition sites.

A joint Type Investigations and Detroit Free Press investigation found the city approved a large number of nonemergency demolitions in some of the riskiest areas of the city and is now asking voters to approve a quarter-billion-dollar bond referendum to do even more demolitions, despite that record. When city officials approved demolitions, they sometimes appeared not to follow their own rules.

Work crews in those same neighborhoods continued to raze a total of 219 homes during mid-2018 and in mid-2019. Almost half of them were nonemergency demolitions.

"We continue to seem to dismiss the fact that for years we've been told that no amount of lead is safe. This is essentially federally funded pollution. They took federal funds and polluted our communities, our bodies, our air. … The one thing that's very, very clear is the lack of transparency and accountability in these decisions that are being made about land use."

The city defends the program.

When asked by the paper why nonemergency demolitions took place during the moratorium, a spokesperson for the mayor’s office said that the demolitions completed during these months had already been initiated, and the “potential risk of leaving those structures open and exposed for five months” was weighed against the risk to public health of tearing them down.

Adul El-Sayed, the former city health director, tells the Freep, four years after first raising concerns in 2016 about a potential health risks,  he believes the results of five-year study show the administration took the necessary steps to address the potential link to lead poisoning.

“The new evidence shows that the risk of lead poisoning in relation to demolitions has been addressed,” El-Sayed said. "And so, I think this is how you want government to work. You want, when there's a challenge, that government takes those challenges seriously and then works to address them, and makes them go away, and that is what happened in this case."