In Michigan this year, it needs to be said: Voting sites are gun-free safe spaces

It has come to this: Michigan's top election official feels it's necessary to ban handguns and rifles where we vote.

"The presence of firearms at the polling place, clerk's office(s), or absent voter counting board may cause disruption, fear or intimidation," Secretary of State Jocelyn Benson tells local election officials. 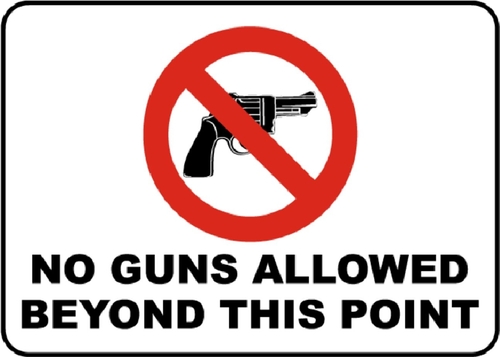 "Prohibiting the open-carry of firearms in areas where citizens cast their ballots is necessary to ensure every voter is protected,” she adds in a news release.

Benson also provides a no-guns notice (below) that must be posted at each voting site.

The action comes eight days after federal and state law enforcers charged 13 men in an alleged kidnapping plot of Gov. Gretchen Whitmer that included plans to storm the state Capitol. Two of the arrested men openly carried weapons during a protest inside the Capitol last April.