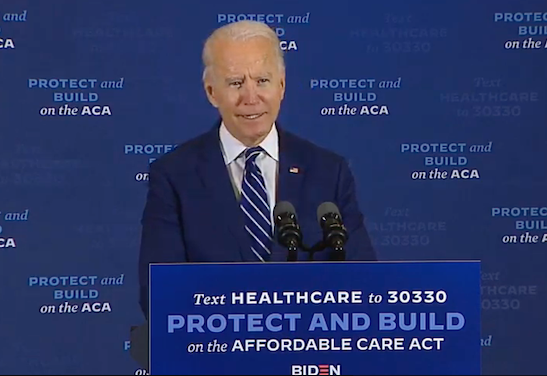 "We're grateful to the FBI and law enforcement who discovered these domestic terrorists and stopped them," Biden said at a campaign stop attended by Whitmer and Sens. Gary Peters and Debbie Stabenow.

"Make no mistake, that's who they are, domestic terrorists, flat terrorists, planning to blow up a bridge on American soil to threatening the lives of police officers to kidnapping an elected leader. Now, we're finding out the same thing was happening in Virginia. You know it's the sort of behavior you might expect from ISIS."

"And It should shock the conscience of every American, every American, and the failure to condemn these folks is stunning from the outset," he said, an obvious shot at President Trump.

"Words of a president matter, particularly when the president tweeted 'Liberate Michigan.'... That's the call that was heard. That was the dog whistle."

Biden also praised the state's top Democrat: "There’s not a better governor in the United States of American than Gov. Gretchen Whitmer. That's a fact. I met virtually all of them."

Whitmer reportedly was on his short list of running mate prospects before he picked Sen. Kamala Harris.