Michigan ballot procrastinators should go to drop box, not mailbox

The state Court of Appeals ruled this week that a deadline's a deadline, and Michigan voters must have their absentee ballots to their city clerks by 8 p.m. Nov. 3, Election Day. Mailed ballots that arrive after that date will not be counted. 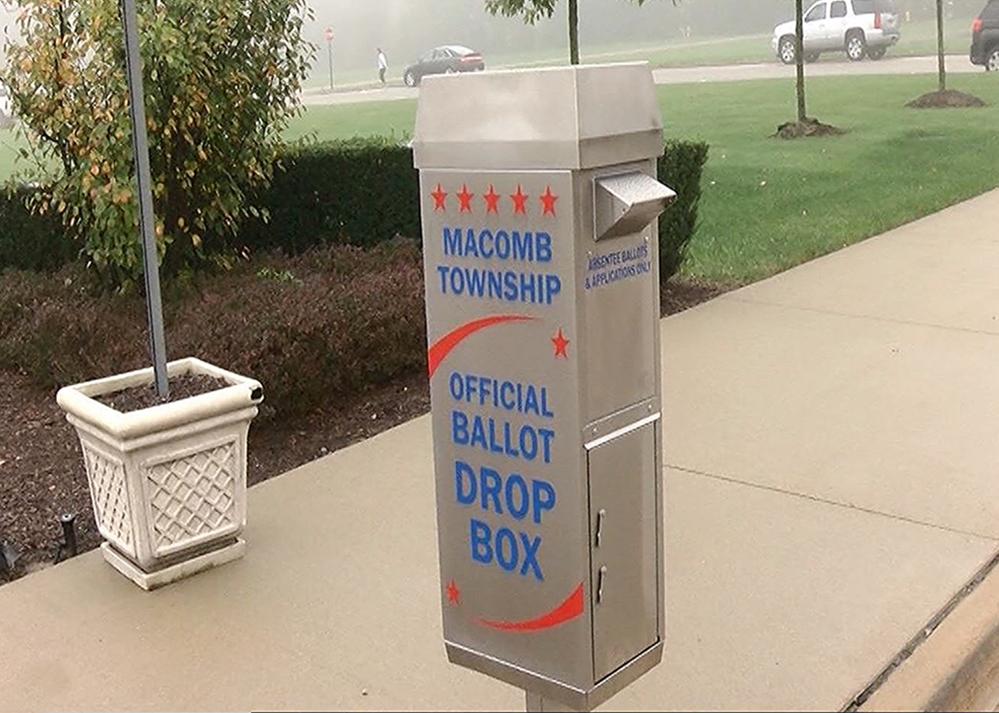 This box, not the mailbox (Photo: Secretary of State)

Friday's appellate ruling also overturned a decision that would have allowed third parties to collect absentee ballots from voters in a three-day window ahead of Election Day.

The ruling caused Secretary of State Jocelyn Benson's office to urge voters to mail in their absentee ballots no later than Monday in a bid to compensate for any delays in the mail system.

If a voter misses the Monday deadline, he or she should hand-deliver the ballot to the local clerk's office or a designated drop box, her office recommended.

The plaintiffs, the Michigan Alliance for Retired Americans, has not said whether it plans another appeal. In July, the state Supreme Court denied an appeal from a separate group seeking the same leeway, i.e., to allow ballots to be collected by third parties, and for clerks to accept late ballots postmarked before Election Day.