The quaint PT Cruiser, a Chrysler compact built in Mexico, has been a rolling target of mockery since its 2000-10 heyday. Now it gains a fresh bullseye as a comical choice for armed mission training by rural rebels in Michigan.

FBI evidence against six men accused of plotting to kidnap the governor and other anti-government mayhem includes a 26-second video below. The field rehearsal, taped by an FBI informant or someone else during weapons practice, is among evidence released last Friday by federal prosecutors in Grand Rapids. 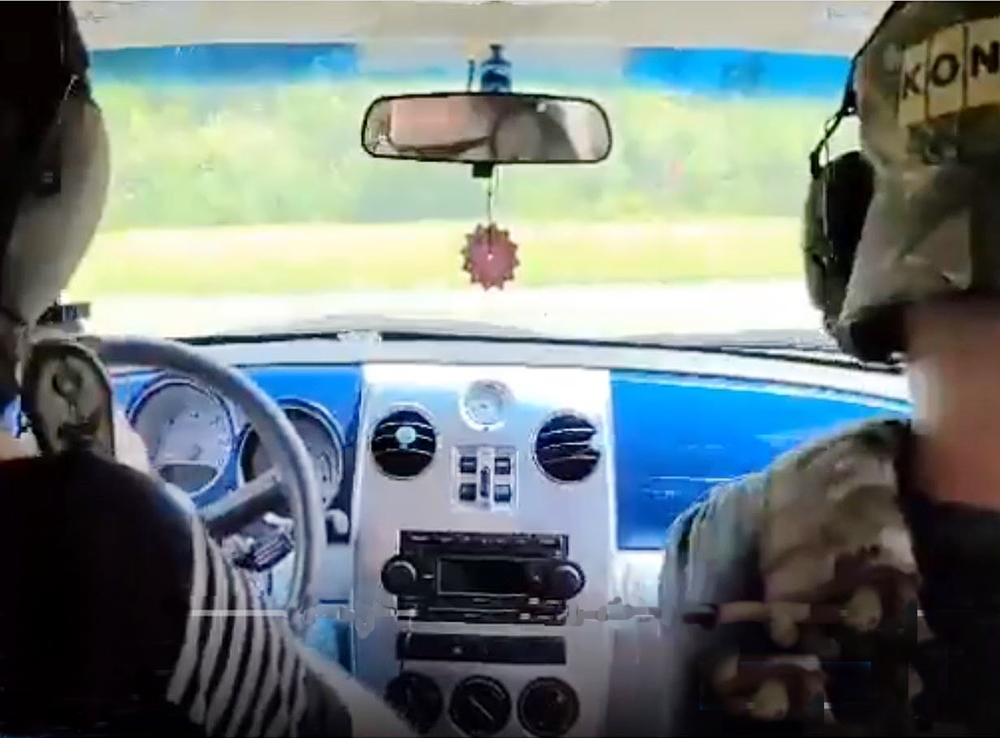 It's not quite an armored personnel carrier.

It shows two assault rifle-carriers "spilling out of a dumpy old Chrysler vehicle like a bunch of preteens in the parking lot of Bronner’s Christmas Wonderland," as managing editor Erin Marquis puts it Monday at Japonik, an automotive site not usually on the domestic terrorism beat. She adds:

Serious terrorists tend towards Toyotas, but if you think that’ll swing in Michigan, think again. These guys really imagined themselves to be total badasses and not the sad, unremarkable midwestern schlubs they clearly are.

Marquis opens with a question for our time: "Where did the PT Cruiser get radicalized? It used to be such a sweet, innocent vehicle."

At Metro Times, editor Lee DeVito shook his head earlier over "the surreal sight of heavily armed men leaping out of a PT Cruiser and firing off rounds of bullets."

Coincidentally, an old ad slogan for the Cruiser fits the misfits calling themselves Wolverine Watchmen. Chrysler pitched its 2006 model as "unlike everything else out there." Rad, one could say.