Bulging garbage bags packed into a trash hauler weren't heading to a Wayne County landfill. Instead, their contents would be sold to fill pot dealers' pockets, federal authorities say.

Customs and Border Protection agents at the Blue Water Bridge in Port Huron "uncovered over 1,000 pounds of marijuana concealed in trash bags in the rear of the truck," the agency says. 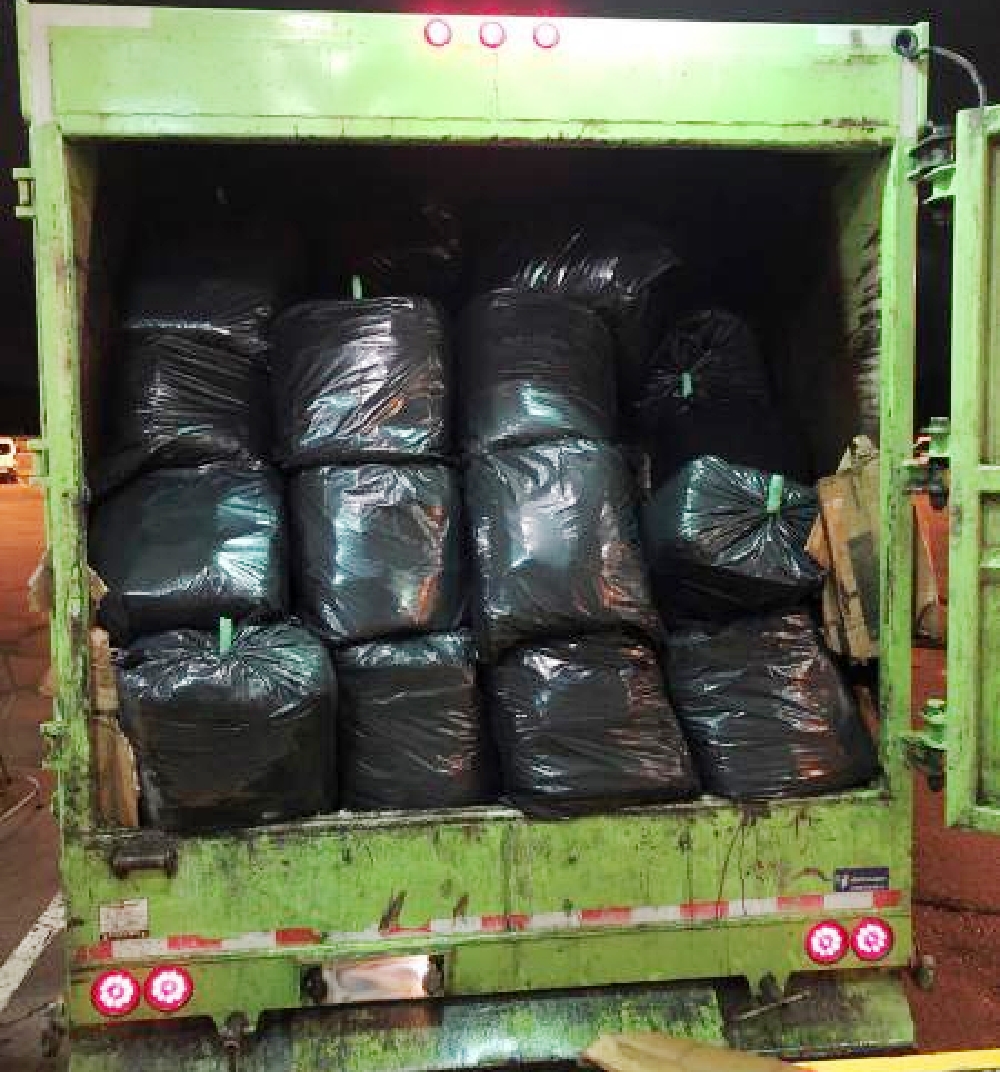 Some hunch or clue led a screening booth agent to divert the trucker for closer inspection around 11:15 p.m. Sunday, a release adds:

The driver declared he was transporting municipal trash destined for a landfill in New Boston, Mich. The officer working at the primary inspection booth referred the driver for a secondary examination.

Even though regulated pot shops are legal in Ontario and Michigan, smugglers still risk arrest to feed a market for lower-cost street sales.

In the 2019-20 budget year, the border agency seized more than 9,000 pounds of marijuana at international airports and crossings across the state, it says.

"Traffickers will use any means to attempt to transport illegal narcotics across our borders. Our officers are highly trained to spot inconsistencies, and I'm proud of their actions leading to such a significant seizure."