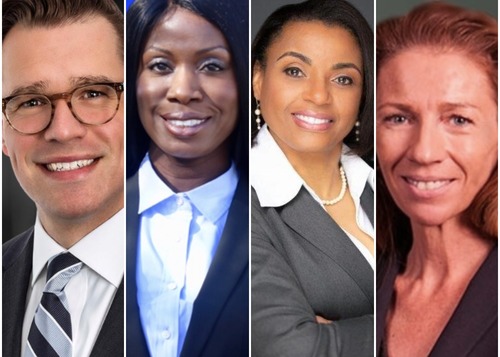 We've all been there. You get in the voting booth (or, this year, open your ballot at the kitchen table), and confidently bubble the first several top-ticket items. Then you get to the judges. "Who are these people," you ask yourself, proceeding to feel guilty for not having done enough homework. You may then attempt to make an uneducated guess ("This name sounds pretty familiar..."), or skip the section entirely.

Don't be that voter.

In Wayne County, there are four candidates vying for two open seats on the bench. Here's a primer on each.

Nicholas John Hathaway's last name was Bobak until he took his wife's more recognizable one to have a better shot at winning a judgeship. As a referee in the court's family division, the Free Press reports the white man once sued for racial discrimination. Hathaway also previously served as an assistant Wayne County prosecutor. He has a qualified rating from the Detroit Bar Association.

Shakira Lynn Hawkins is a public defender running on a reformist platform who's picked up endorsements from progressive groups including Detroit Action. She has not been rated by the Detroit Bar Association.

Chandra Baker is a lead attorney in the Wayne County Prosecutor's Office, where she heads the arson case unit. Prior to that she was a labor attorney at Miller-Canfield. She has an outstanding rating from the Detroit Bar Association.

Mary Beth Kelly is a former justice with the Michigan Supreme Court who left for private practice in 2015. Placed on the court by then-Governor John Engler, Kelly was seen as the most moderate of the GOP-aligned justices on the bench at the time. She has an outstanding rating from the Detroit Bar Association.