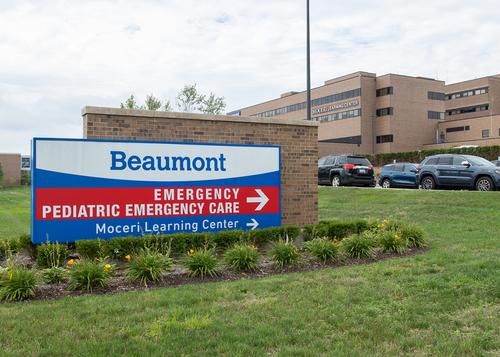 Henry Ford and Beaumont — two of Michigan's largest non-profit hospital systems — awarded executives millions in bonuses before taking massive bailouts from the federal government and laying off hundreds of workers as the result of the coronavirus pandemic.

A Free Press investigation finds Henry Ford paid its bonuses in early March and Beaumont March 13, apparently in keeping with an IRS rule that requires they be paid by March 15. Neither health system would disclose how much it gave, but IRS filings analyzed by Freep show that in 2018, bonuses for top-tier employees cost Beaumont more than $12 million and Henry Ford $14 million.

The pandemic was raging elsewhere in the country by the time the execs got their payouts, with the impact to hospitals already being felt. Less than ten days after receiving a bonus whose sum he would not disclose for the Free Press, Beaumont CEO John Fox published a column in the paper warning of an "immediate healthcare financial crisis is looming."

The Freep juxtaposes the c-suite incentives with pandemic-related costs for taxpayers and staff:

At Beaumont and Henry Ford, officials say they are now recovering financially from the onset of the pandemic. Henry Ford, for example, has brought back 92% of its 2,800 furloughed employees, according to a spokesman.

Aaron Gillingham, Beaumont's chief human resources officer, said in an interview that the hospital system laid off about 2,700 employees from April through June. Beaumont has since brought back about 2,100 workers while 300 are still on furlough. The remainder do not wish to leave home during the pandemic, according to a hospital spokesman.

And while Beaumont eliminated 450 positions, 41 of those employees have returned to other jobs at the health system, according to officials.