Weiss: Counting down to the election, we all have PTSD, awaiting cosmic justice

David Weiss is a Los Angeles freelancer who grew up in Oak Park. He has written for Newsweek, the LA Herald Examiner and Men's Journal and co-founded the band Was (Not Was).

I often accuse myself, reflexively, of having the “white man’s blues,” mostly after complaining about something of little consequence – the speed (or lack thereof) of the greens at the municipal golf course, the room-temp carry-out French fries, ankle-biter mosquitoes – you name it, I am pitiably prone to wailing and tearing at my garments over next to nothing. 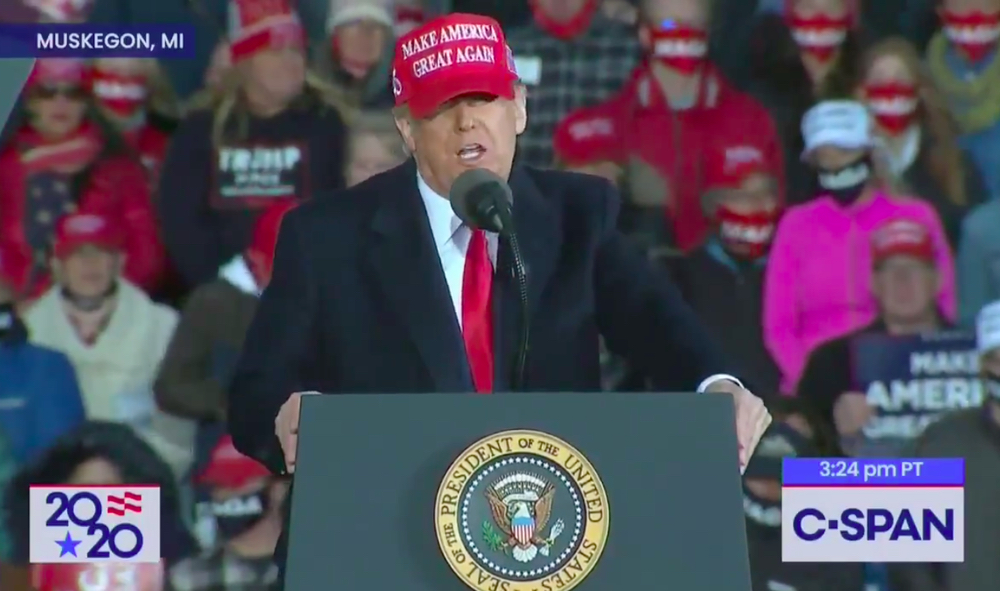 And now I am doubly victim of such whining on the eve of our election – my consternation and grief over the state of our democracy are but the mewling cries of yet another spoiled boomer brat, born into relative privilege and unacquainted with true want, deprivation, abject fear or the much-ballyhooed breakdown of our cherished institutions, as the saying goes.

Truth is, I long ago lost faith in the augustness or rectitude of government, around the time of the Vietnam War, when it became clear that the post-WWII security bureaucracy (OSS, then CIA) claimed an equal seat at the foreign policy table. Soon to come was Ike’s warning about the military-industrial complex, a perfumed name for right-wing death squads, Third World democracy-suppression and lethal weapon sales to the murderous likes of Saddam Hussein and Osama bin Laden. That worked out nicely, didn't it?

After all of that – and the tales of Joe Kennedy buying victory for his son in Cook County (with the kindly help of the Chicago mob and the Daley machine) – I had little illusion about the purity of electoral politics, riven as it was by patronage, privilege and dirty money. It’s all mafia in the end – whether Italian, Irish, Mexican or Jewish variety. The lines between legitimate and illegitimate, crime and its opposite, have become blurred beyond recognition.

May I digress? When I read one of those all-day New Yorker pieces a few years back about Deutsche Bank facilitating “mirror trading” for Russian oligarchs, I immediately thought of our current chief executive, a VIP debtor-client of the same institution. Here’s how it works: Putin and his thieving ilk sell tens of millions of shares of their own stock to offshore companies they also own, thus laundering their filthy stash.

As you know, they then use the slightly cleansed rubles to buy tangible stuff like yachts, gold ingots and, yes, real estate -- often from undiscriminating vipers like our very own stable genius, Donald Trump.

And so, in 2008, in Palm Beach, Dmitry Rybolovlev paid $95 million for a sight-unseen, ramshackle mansion Don paid $41 million for just a few years prior. Then the Russki-in-question’s private plane kept showing up at Trump campaign events, Mar-a-Lago (while Japan’s Shinzo Abe was in residence), you name it. Coincidence? No. It’s called buying access to power by washing each other’s filthy greenbacks. Cozy. And disgusting.

If none of the above bothers you, I almost can’t blame you. We are all PTSD-ridden, outrage-fatigued victims of more sordid headlines than you can point an Uzi at. I myself am truly sick of watching MSNBC as if it were soft-core pornography, hungry for a dirty emotional buzz of any kind in these Covid-frozen days. Forget about Fox News – I’d rather watch a slasher flick if it’s outright visceral disgust I’m after. But all of it makes my skin crawl.

With less than a week to go before D-Day, I confess that I am in a kind of suspended emotional animation, refusing to give in to either optimism or pessimism lest my feeble hopes are again dashed or my worst fears realized. Deer in headlights, yes. Looks like a Mack truck coming this way too!

Does cosmic justice await Trump and his enablers? I know that his Barr-room brawl of a Justice Department won’t impede his primrose path to perfidy and perdition. As I say, I am a confirmed disbeliever in higher powers, but here’s hoping Zeus has a spare bolt of lightning handy should Trump manage to win/steal the election next week. At that point, there will be nothing left to believe in, neither god, beast nor man.

See you all at the finish line – keep either a flute of champagne or a shot of hemlock handy! Cheers – or should I say nostrovia?