"Wide majorities" of Michigan voters -- in both parties -- support keeping guns out of polling places and the state Capitol, a Detroit News/WDIV poll says. 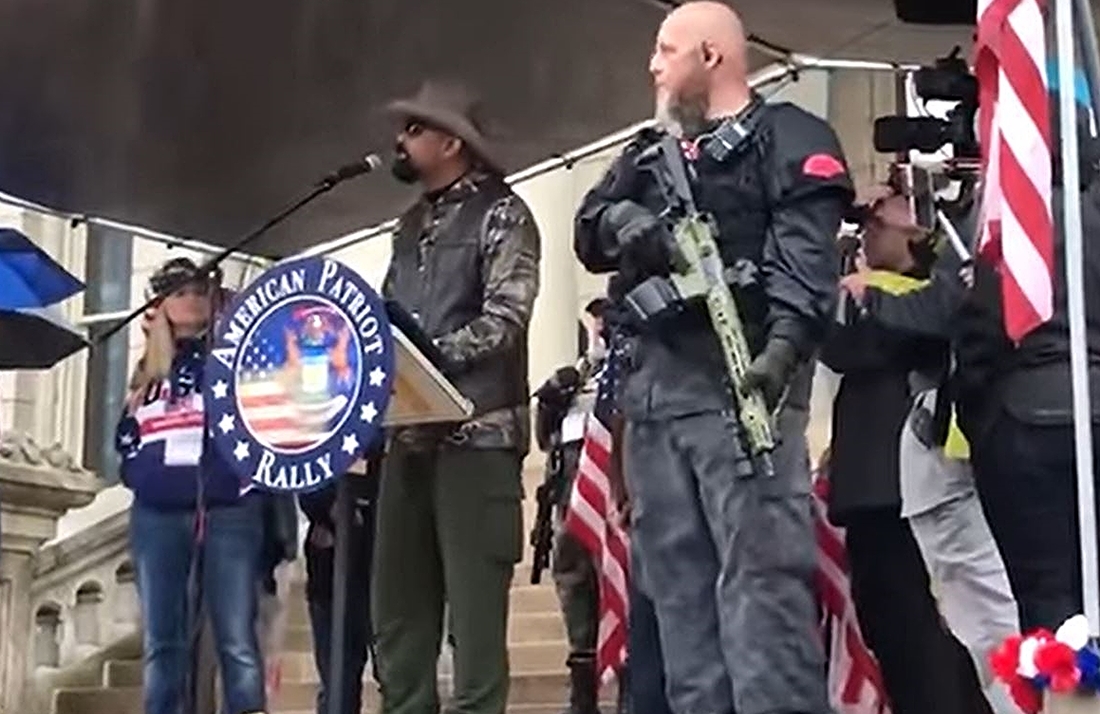 A pro-gun rally at the Capitol this past spring. (File photo)

In the final days before Election Day, 76% of Michigan voters said guns should be banned at the state Capitol. Only 18% said they guns should be allowed in the building.

...Support for the change was widespread, according to the poll conducted by the Lansing-based Glengariff Group. Majorities of Republicans, Democrats and independents all backed a ban, as did 70% of voters who said they owned guns.

Among voters who labeled themselves "strong Republicans," 53% supported banning guns in the Capitol, along with 72% of independents and 95% of strong Democrats.

This is unlikely to move the current legislature, which on this topic has taken a position closer to the 18 percent. Which should tell you something, but you already knew that.