LeDuff: Flint councilman for Trump -- 'I'm not an Uncle Tom' 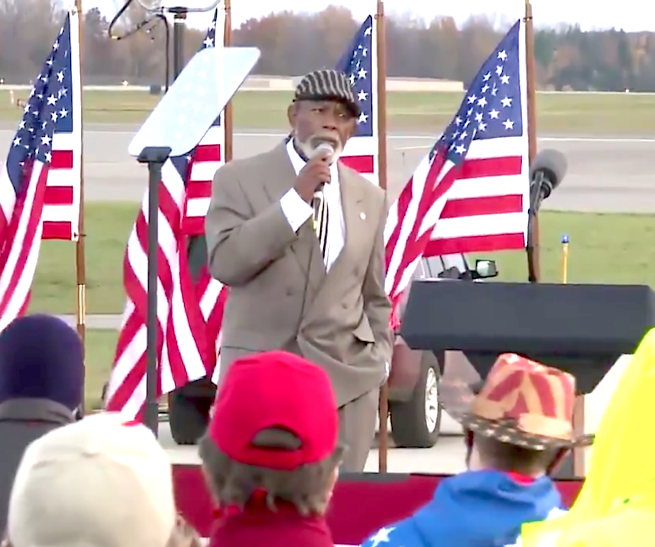 Maurice Davis was running late for his appointment to introduce the vice president of the United States.

Davis, a Black man and vice president of the Flint City Council, had become something of an advertisement for the conservative moment when he casually let it slip on my "No BS Newshour" podcast two weeks ago that he was abandoning Joe Biden for Donald Trump.

“I really like Trump's attitude,” the lifelong Democrat said. “Give me somebody who's going to do something for me.”

A conservative outlet picked it up, and then another. And another. And just like that, the obscure councilman from the second ward became the fifth man on right wing Mt. Rushmore.

And then her mind got blown a second time when the White House called.

Wednesday was Maurice Davis' 13th day of fame. And it was to culminate with him as the warm-up act at Mike Pence's rally at Bishop International Airport. Five o'clock sharp.

But the vice president of the United States would have to wait.

The hound was skin and skeleton, too beaten to bark, too wasted to whine.

And Davis does live in a crime scene, quite literally.

Murders in Flint have already surpassed last year's entire total and the bloody holiday season is not yet upon us. Food lines are blocks long. Mass foreclosures are expected due to unpaid property taxes and water bills during the Covid lockdown. As for water, not a single person has spent a single day in jail for the mass poisoning of Vehicle City.

Flint and its people are desperate. And Davis' “huge” endorsement was simply an expression of that desperation. 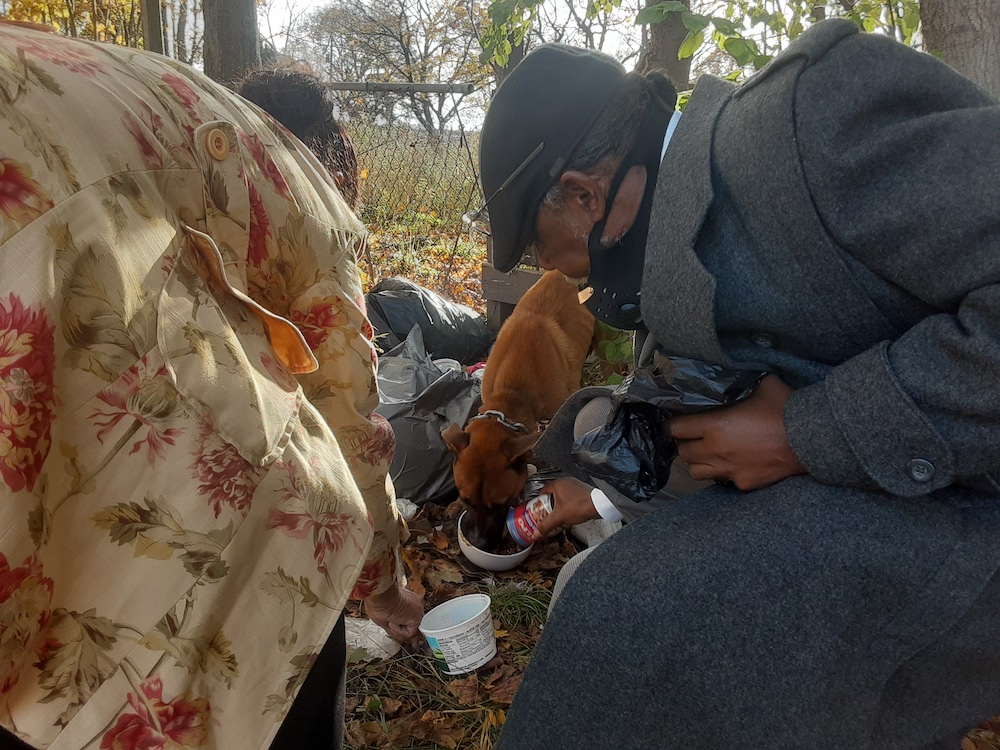 Councilman Davis and his wife Beverly feed the dog.

“What we been doing ain't working,” he said. “The Democrats ask for the Black person's vote and don't do nothing afterwards. The Republicans don't bother asking for it at all. Trump, he's like a third party. At least when he came here, he went to the impoverished part of town. This part of town.”

And now here was Fido, quite literally dying on the chain, and no government to respond to it but Davis.

The councilman drove to the liquor store, got two cans of Alpo and a gallon of water, paid the $5.16 by debit card, and drove back.

He looked at the clock: 5:15. Time was growing short. His loafers were getting muddy.

Davis ladled out the dog chow. His wife poured the water. They wondered if the beast would survive to morning.

"This says it all right here,” he said. “If you the best thing to help us, you got my vote. The only thing Maurice Davis got to lose is a city council seat paying $700 every two weeks.”

A stranger called his home late in the night, screamed “Fuck you” and hung up. His own friends have been saying unsociable things on Facebook. He figures a recall drive is next.

“The guy's a sucker,” said Art Woodson, a well-known activist in Flint, who did not make the midnight call. “It's sad when you have people like Davis who'll sell his soul. Everybody has a right to choose, but he doesn't know how he's being used to get a vote. If Trump wanted to do something for Flint, he would've done it a long time ago.”

The councilman and his wife arrived 50 minutes late to the airport, and with their presence, doubled the African-American attendance. Thankfully, the vice-president had yet to arrive.

Davis was ushered to a back tent, instructed to speak for no more than two minutes, and forbiden to speak into the Veep's microphone, lest he pass Covid to Pence.

“I'm not a bootlicker. I'm not an Uncle Tom,” said Davis to the sea of Caucasians. “People are losing everything. And when Mr. Trump said what the hell you got to lose? He was talking to me.”

The dog was picked up by animal control and is expected to survive.