"I cannot vote for the Republican nominee for president," former loyalist Josh Venable of Grand Rapids writes in a Detroit News guest column.

For the good of the party I have supported my entire life, but more importantly, for the sake of the country I love, I implore all patriotic Republicans to join me. 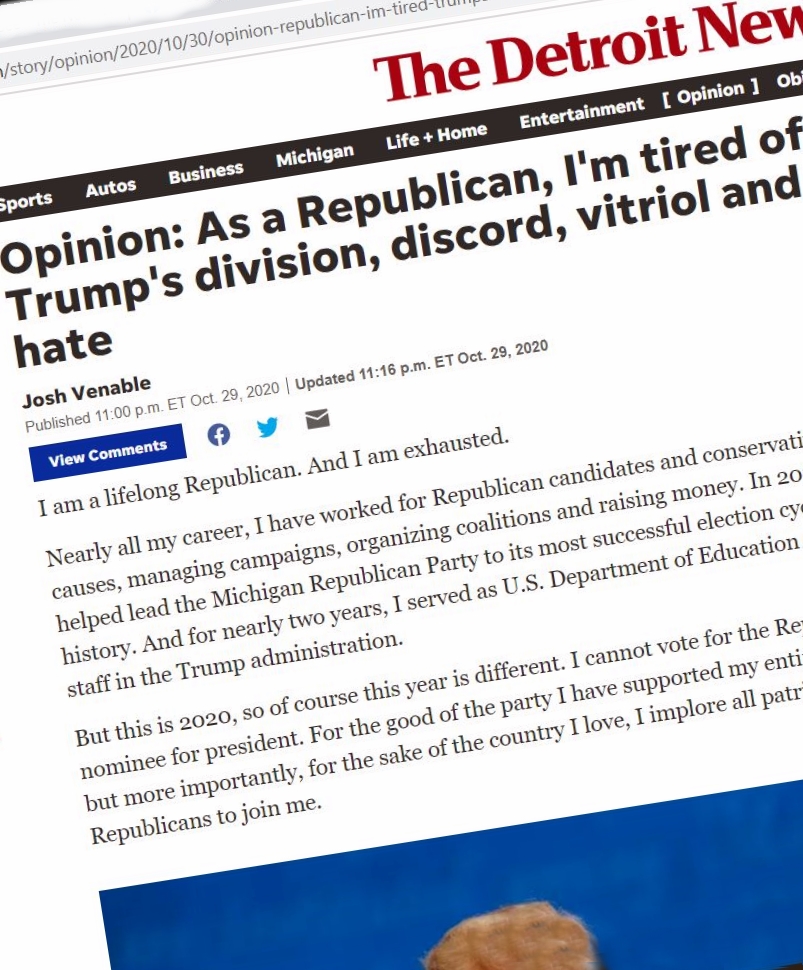 Venable, 38, did more than vote for and donate to the party for two decades. He was Michigan Republican Party chief of staff from 2009-11 after serving as operations director and finance director. The Hillsdale College alumnus ('02) moved to Washgington in 2011 to work as the national party's deputy finance director.

When Betsy DeVos became education secretary in January 2017, she picked Venable as chief of staff, a post he filled near two years. He also has worked for past Gov. Jeb Bush of Florida.

Now the politicially ambitious Michiganian does an about-face. Last month he became an adviser to an anti-Trump group called the Republican Political Alliance for Integrity and Reform (RePAIR).

With strident language, he tells why in Friday's guest column. It's counterpoint to one on the same opinion page today "by" the president, headlined "I've kept my promises to Michigan." 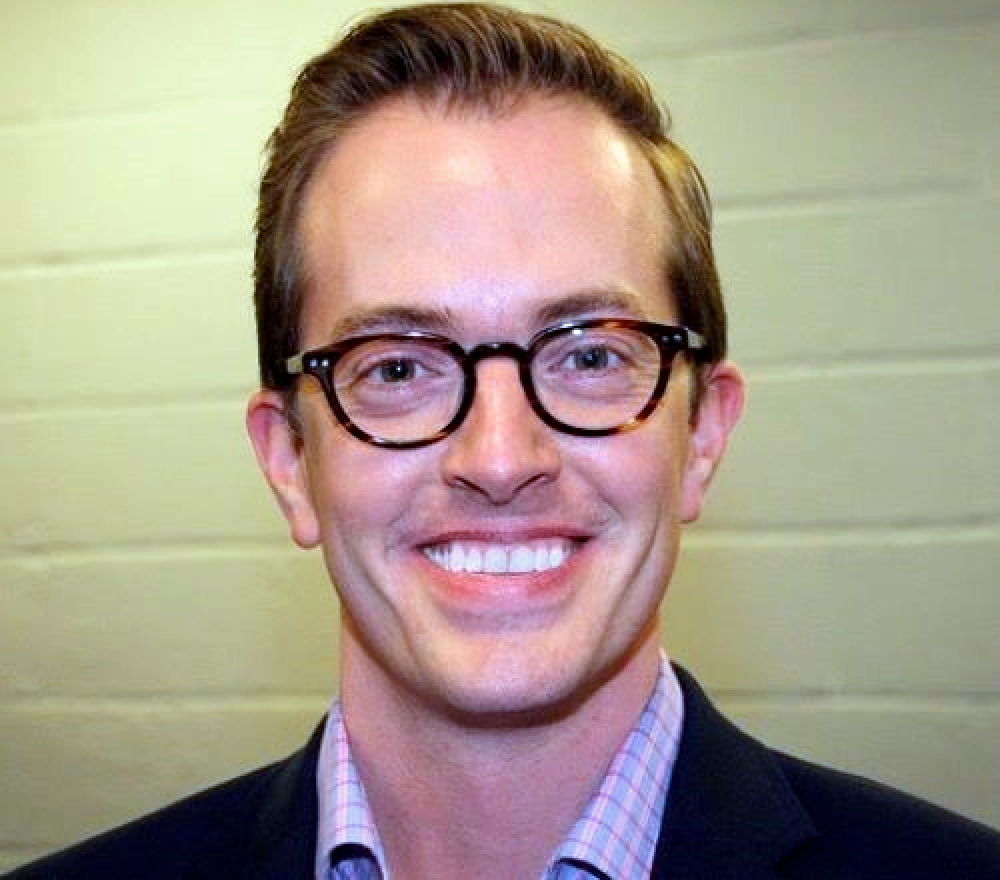 Venable, working on a University of Michigan master's degree in business administration, writes:

President Donald Trump thrives on purposely sowing strife and discord. I have seen it up close and in person. He does so at the expense of the nation’s interests, the health and prosperity of our fellow citizens, alliances forged through generations of sacrifice, and the personal safety of public servants. ...

The Republican Party has allowed Trump to mortgage its soul, devolving into nothing more than a morally bankrupt conduit to propagate the president’s politics of division and destruction. ...

Trump lacks even a modicum of the character the Founders recognized as requisite for the proper functioning of our self-governing Republic. ... I am tired of the division, discord, chaos, vitriol and hate. I am tired of [his] failure and refusal to lead.

The essay also mentions the interrupted plot to kidnap Gretchen Whitmer. "No governor or governor's family should ever live in fear that a Twitter tirade from the president could encourage, exacerbate or inflame hostilities against them," Venable writes.