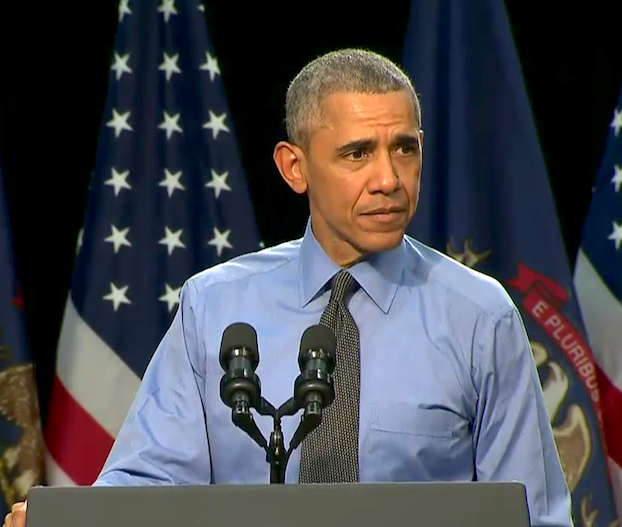 On Saturday, a day after President Donald Trump appears in Oakland County, Democratic candidate Joe Biden and his former boss Barack Obama are scheduled to speak in Detroit and Flint for drive-in-rallies.

The two plan to visit visit Flint around 1:45 p.m. Then at 5:30 p.m., they'll appear in Detroit alongside Stevie Wonder, the Free Press reports. Locations aren't given yet.

The appearances will be livestreamed.

Trump, who trails in polls, will be in Sterling Heights on Sunday and then in Traverse City on Monday, followed by a final Election Eve stop at 10:30 p.m. in Grand Rapids -- which also was his last campaign rally in 2016. Locations aren't announced yet.

Hillary Clinton was criticized for not spending enough time in Michigan during her 2016 campaign. She lost the state by 10,704 votes.