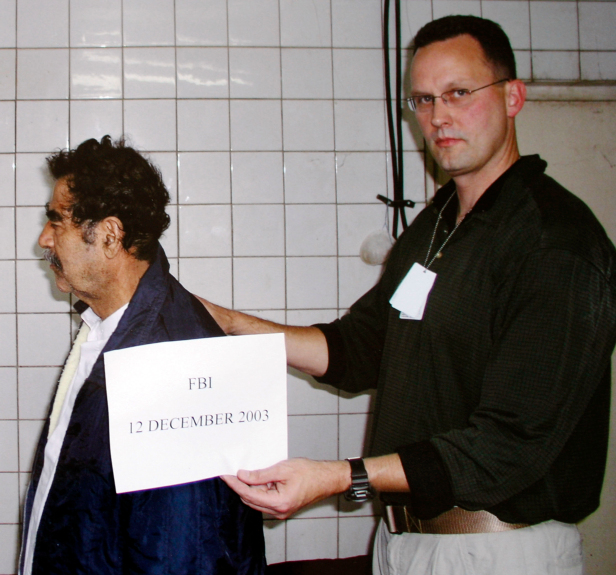 James Davis, a native Detroiter who led the FBI team responsible for questioning, fingerprinting and getting DNA samples from Iraqi dictator Saddam Hussein, has died, the Denver Post reports.

Davis, who retired from the FBI in 2011 as head of the Denver office, suffered a heart attack while walking his dog Friday in the Denver area.

Davis led the team that processed Hussein after he was discovered hiding underground in ad-Dawr, Iraq on Dec. 13, 2003. .

After the capture, Davis said in a 2008 interview: “He shook. He was just a sick, old man. He was just coughing. He was not healthy and he had not eaten well.”

Davis graduated in 1982 with an accounting degree from Michigan State University and went on to be an accountant in Chicago.

He joined the FBI in 1985 and was first assigned to the Richmond, Va. Division, where he primarily worked white-collar crime investigations.

He bounced around to different assignments over the years.  From November 2003 to January 2004,  Davis served as the deputy on-scene Commander of the FBI's Baghdad Operations Center in Baghdad where he oversaw post-war counterterrorism and counterintelligence operations.

From December 2004 to February 2005, he was on-scene commander for the FBI in Afghanistan, where he led bureau operations in the hunt for al Qaeda operatives.

In 2008, he became head of the Denver FBI office before retiring in 2011. For the next three years he was the executive director of the Colorado Department of Public Safety.

He eventually went into private industry and most recently worked as a security adviser in Denver to the National Football League.