Walter Reuther would be dismayed. The Mackinac Center for Public Policy isn't, so it tracks "a steep decline" in membership of 16 Michigan unions under a right-to-work law adopted eight years ago next month.

The legislation, signed by Gov. Rick Snyder, makes it illegal to require workers to pay money to a union as a condition of keeping a job. 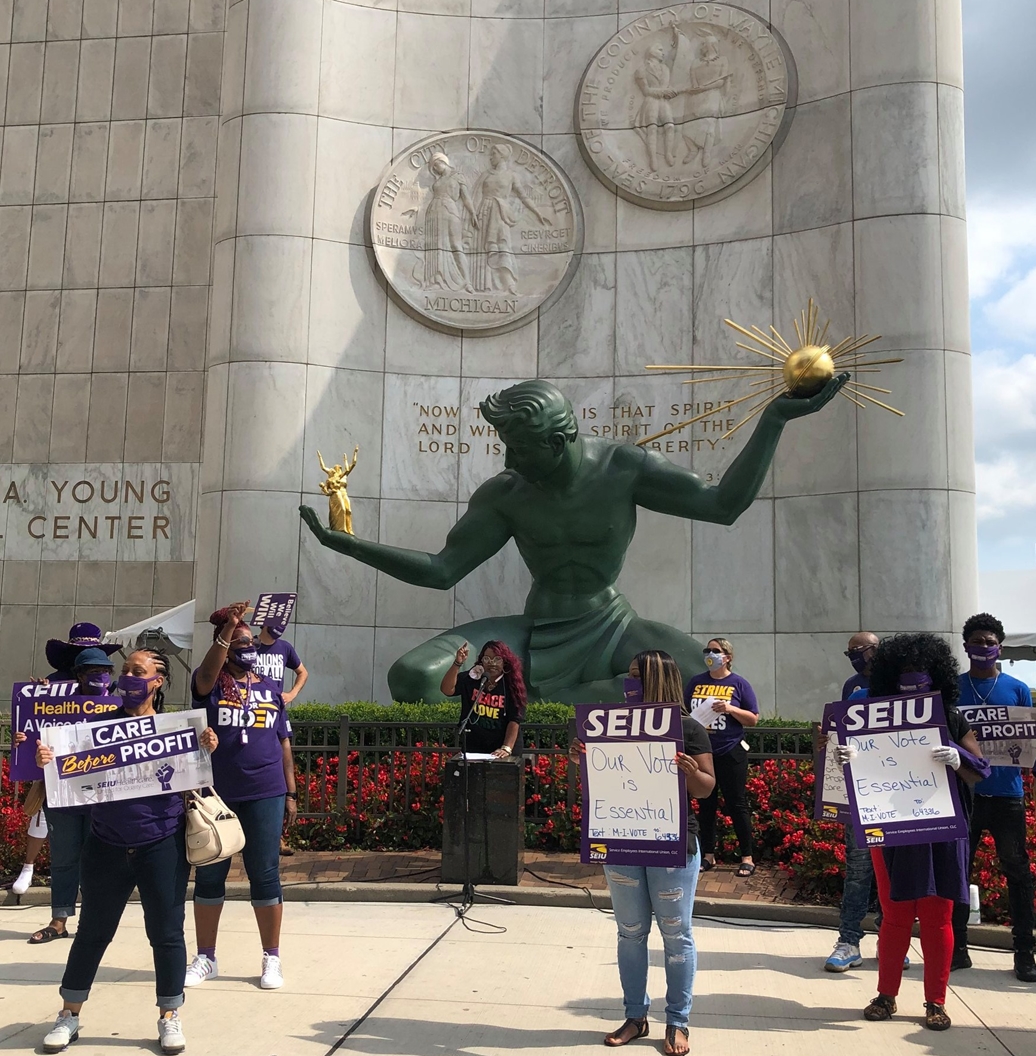 SEIU Healthcare members at a Spirit of Detroit rally in September. (Photo: Facebook/SEIU)

Capitol Confidential, a news site of the Midland free-market center, reports on the impact:

The Michigan Education Association, long the largest government employee union in the state, has lost 33% of its members. ... The number of unionized state employees has dropped by nearly 30%. 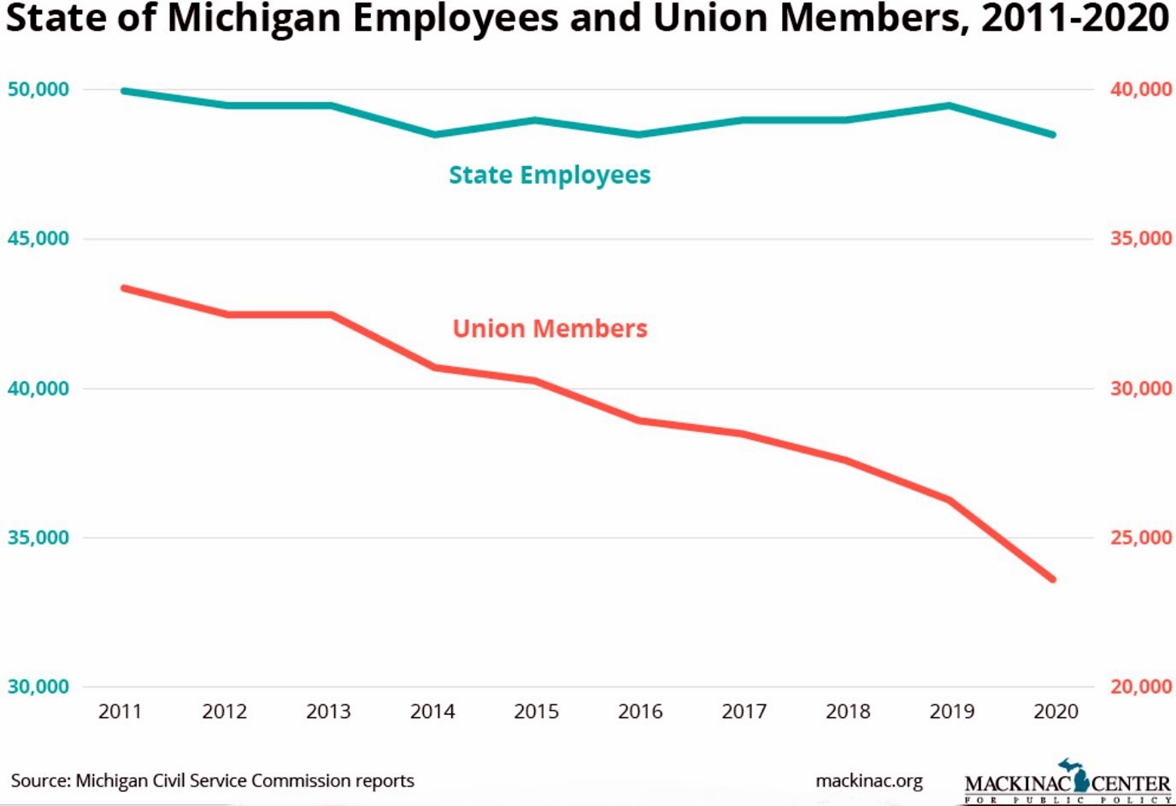