Michigan voters cast ballots today in an election with torqued-up tension. The main drama, of course, is who wins the White House, when that will be confirmed and whether vote-certifying by each state goes smoothly.

Participation is high, as shown by 3.2 million absentee ballots that were returned. In addition, the state says that as of 4:30 p.m., nearly 19,000 people registered at polling places, which is allowed under a ballot proposal passed in 2018. Most were in Detroit, Ann Arbor and Grand Rapids, Secretary of State Jocelyn Benson tweets.

She also says more than 100,000 absentee ballots were tabulated in Detroit by late afternoon with 70,000 more to be fed into new high-speed counters.

In the March [presidential] primary, lines increased after 4 p.m., when clerks' offices handled roughly 7,000 of the 13,000 same-day registrations. For context, President Donald Trump won Michigan by 10,704 votes in 2016. 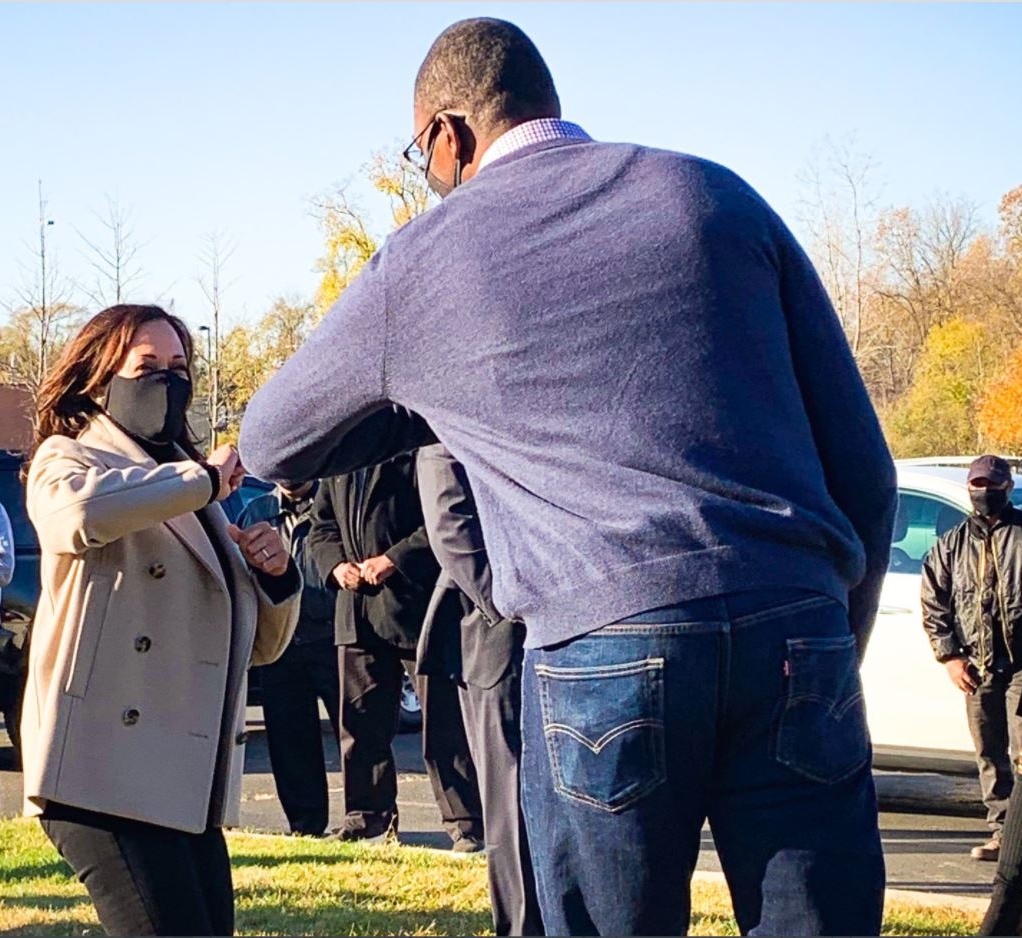 Her first stop was at Sheet Metal Workers Local 80 in Southfield, where she was joined by Sen. Gary Peters, D-Bloomfield Hills, who faces a tough bid for re-election against Republican challenger John James, a Farmington Hills businessman.

Late Monday night, the president told thousands of voters at the Grand Rapids Airport: "We're going to make history once again. We're going to win the state of Michigan so easily. We're going to have the 'red wave.'" The city also was his last stop in 2016.

The record deluge of absentee ballots submitted since Sept. 24 now are being supplemented by in-person voting over 13 hours -- or longer if lines remain at 8 p.m.

Some residents may do so amid the presence of unconcealed weapons, as reportedly happened at some Dearborn precincts. The state Supreme Court hasn't ruled on successful challenges to an Oct. 16 directive from Secretary of State Benson prohibiting the open carry of firearms in or near polling places.

"Voter intimidation is illegal under state and federal law," Benson says in a statement posted late Monday. "As the Court of Appeals confirmed, anyone who intimidates a voter in Michigan by brandishing a firearm is committing a felony." 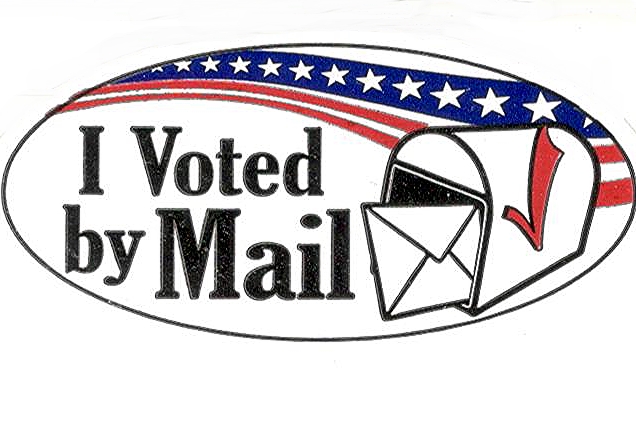 More than 2.9 million absentee ballots were returned before Monday and about 2 million more people were expected to vote in person today, Benson says.

Counting the presidential votes could take up to three days, she cautions. "It likely won’t be possible to determine winners in close statewide races on Election Night, either," the secretary of state posts. "In the August primary, 1.6 million absentee ballots were cast, and it took about 40 hours until all jurisdictions reported results." 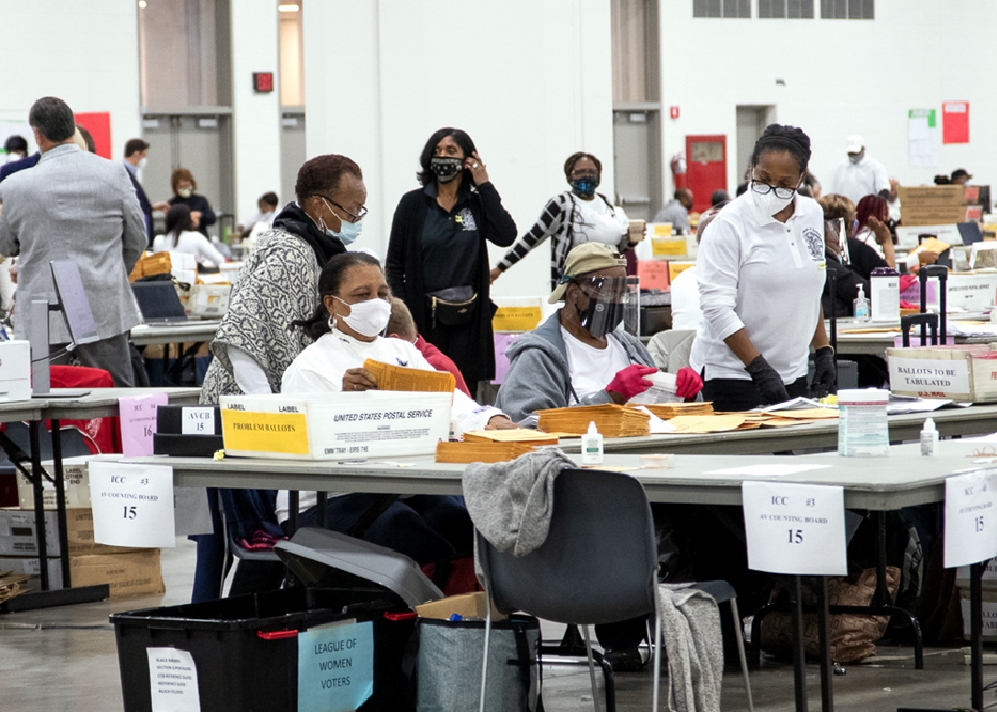 In Detroit, workers at TCF Center (right) will tabulate ballots overnight.  A "graveyard shift" runs from 10 p.m. until 5 a.m. Wednesday — compared to no overnight staffing after August's primary.

"It may be a lot sooner than Friday [to have statewide results], but we want to make sure the process is secure," Bridge quotes Secretary of State Benson as saying recently in Detroit.

"We know Michigan's going to be under such scrutiny, that I want to give clerks and our poll workers and election workers room to do their jobs well, and do it methodically, and be accurate and not rush." ...

Benson said she plans regular public updates “from the moment the polls close” to reassure citizens that the process is working.

As the Democratic official notes, Michigan is in a national spotlight as one of the potentially decisive "swing states." President Trump won its 16 electoral votes four years ago by getting 10,704 more votes than Hillary Clinton -- a 0.3-percent margin.

Be wary of conclusions tonight

"So Republicans should not feel too cocky on election night when they see their guy leading, because the absentee vote ballots have not been fully counted yet. And Democrats should not feel suicidal." 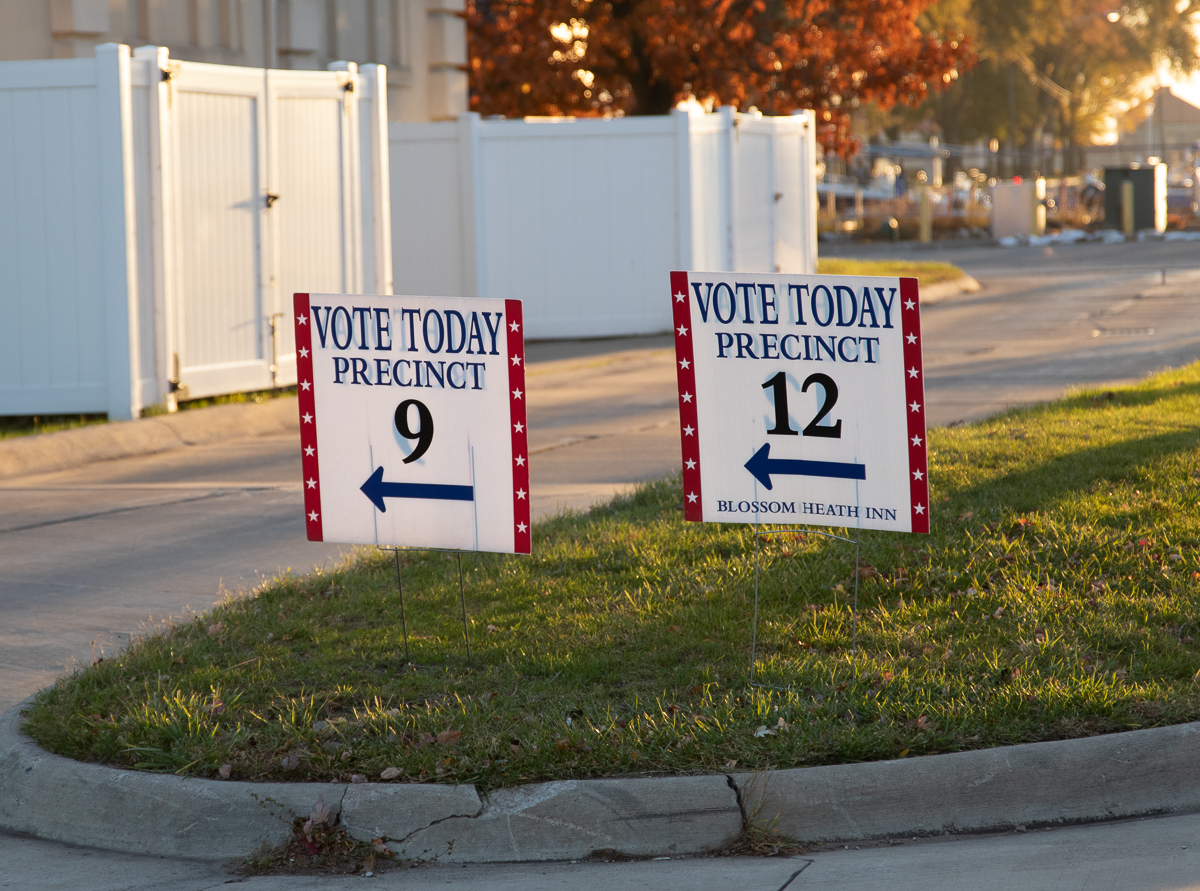 Over 1,500 municipalities will process Michigan results. Those with more than 25,000 people could open absentee ballot envelopes Monday -- but that's all the preparation allowed until 7 a.m. today, when they can be fed into tabulators.

Several local election officials who spoke with Bridge said they expect to produce unofficial results no later than Wednesday morning, but some are scrambling to replace poll workers who have canceled because of the virus.

TV networks and the Associated Press also plan to proceed cautiously because of the absentee ballot counting lag in states aside from Florida and a few others than allow advance tabulating.

Lester Holt of NBC News is quoted Monday as saying: "I am bringing a change of clothes and an extra suit." At AP, executive editor Sally Buzbee recently said on CNN: “We are very much prepared for the fact that it could go longer than election night. It also could last until the next morning or until the next afternoon or even later."