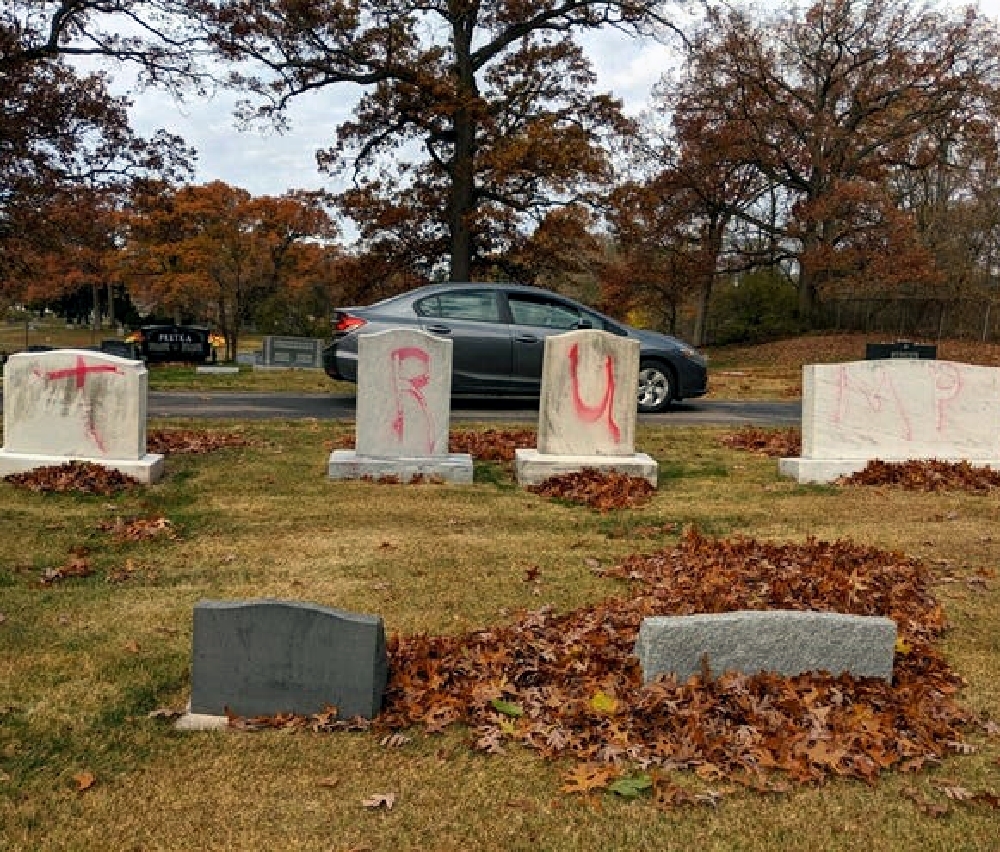 "We are appalled by the reported desecration of gravestones at the Ahavas Israel Cemetery," the Anti-Defamation League of Michigan posts on Facebook.

Though the spraying could be rooted mainly in anti-Semitism or a hateful prank by provocateurs, a group called the Michigan Democratic Jewish Caucus sees a political connection.

"This attack on our Jewish community in Grand Rapids speaks volumes about the choice confronting our country in tomorrow's election," says a statement from Cary Fleischer, the caucus' Grand Rapids regional chair, quoted by The Detroit News.