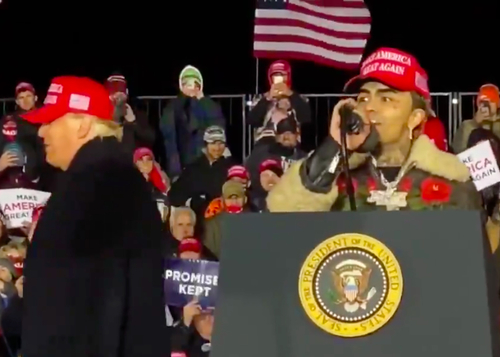 President Trump has had a lot of rappers line up behind him, but he may not know  much about them, like maybe even their names.

At his final rally of the campaign season, in Grand Rapids, Trump introduced "Lil Pump" as "Little Pimp" before proceeding to talk about what a "world famous" big star he is.

Pump did not correct the president, but instead dutifully took the stage late Monday and shouted out the wrong election year.