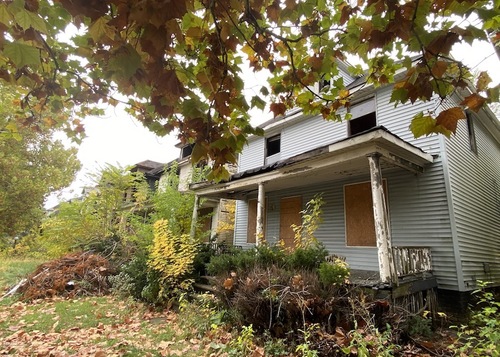 Detroiters overwhelmingly voted in favor of a bond proposal to spend another quarter-billion dollars addressing blight in the city, despite the shoddy track record of its existing demolition program.

Prop N would address up to 14,000 of the city's abandoned homes over five years, with $160 million in spending for demolitions and $90 million for home preservations. Additional investment would be needed to restore preserved homes to livability.

As of Wednesday morning, the proposal had 70-percent support with 65 percent of precincts reporting.

The win comes after the city's business community spent hundreds of thousands of dollars to promote the issue through TV ads, mailers, texts and billboards.

Mayor Mike Duggan has pushed a bond to address blight for the past 18 months. An initial version that focused more heavily on demolishing, rather than saving, homes, failed to win City Council approval last year.

Opponents had a range of concerns, including the city's uncertain fiscal state amid the Covid pandemic and a looming pension cliff payment. They also argued against further taxing residents to prop up a program that's been plagued by mismanagement and abuse, particularly given that residents collectively overtaxed $600 million by the city between 2010 and 2016 have not been reimbursed.

The bond will cost the average owner-occupied residential property a little more than $50 per year for 30 years.

The city has spent more than $370 million demolishing abandoned houses since 2014. Thousands remain beyond those Prop N will address.