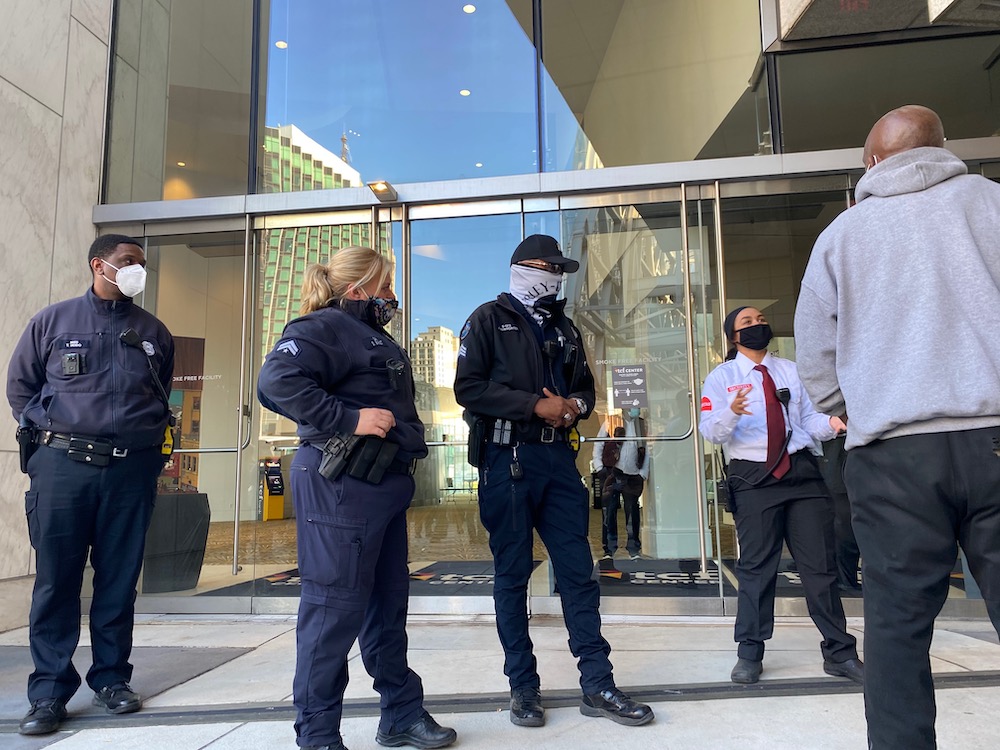 A chaotic scene erupted outside the vote tally room Wednesday afternoon after election officials told dozens of challengers that they could not reenter the room because it was over capacity, Tresa Baldas of the Detroit Free Press reports.

Police pushed back crowds as they argued about re-entering the vote-counting area. Republicans shouted, claiming they were being unfairly barred, although Democratic challengers said they were being kept out as well, the Freep reports.

Under election rules, each group contesting the vote is allowed to have 134 challengers. 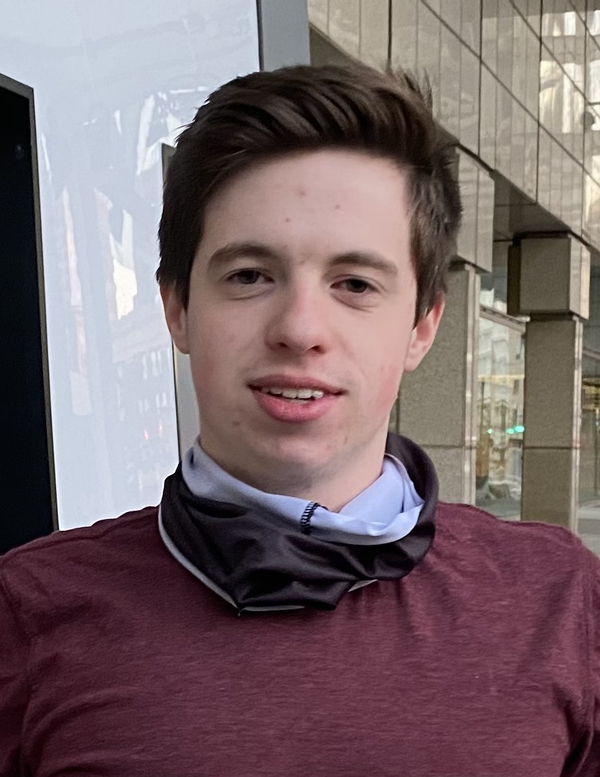 Baldas reports that 570 challengers were freely roaming the room.

One demonstrator, Austin Harm, 19, identified himself as a Hillsdale College student who received an email blast earlier today from a campus organization warning them of fraud in the absentee ballot process. He said three cars full of students, more than a dozen, all from the same dormitory, rushed from their campus in mid-Michigan to Detroit to join the protest.

“We wanted to come here and protect the integrity of the election,” Harm said. 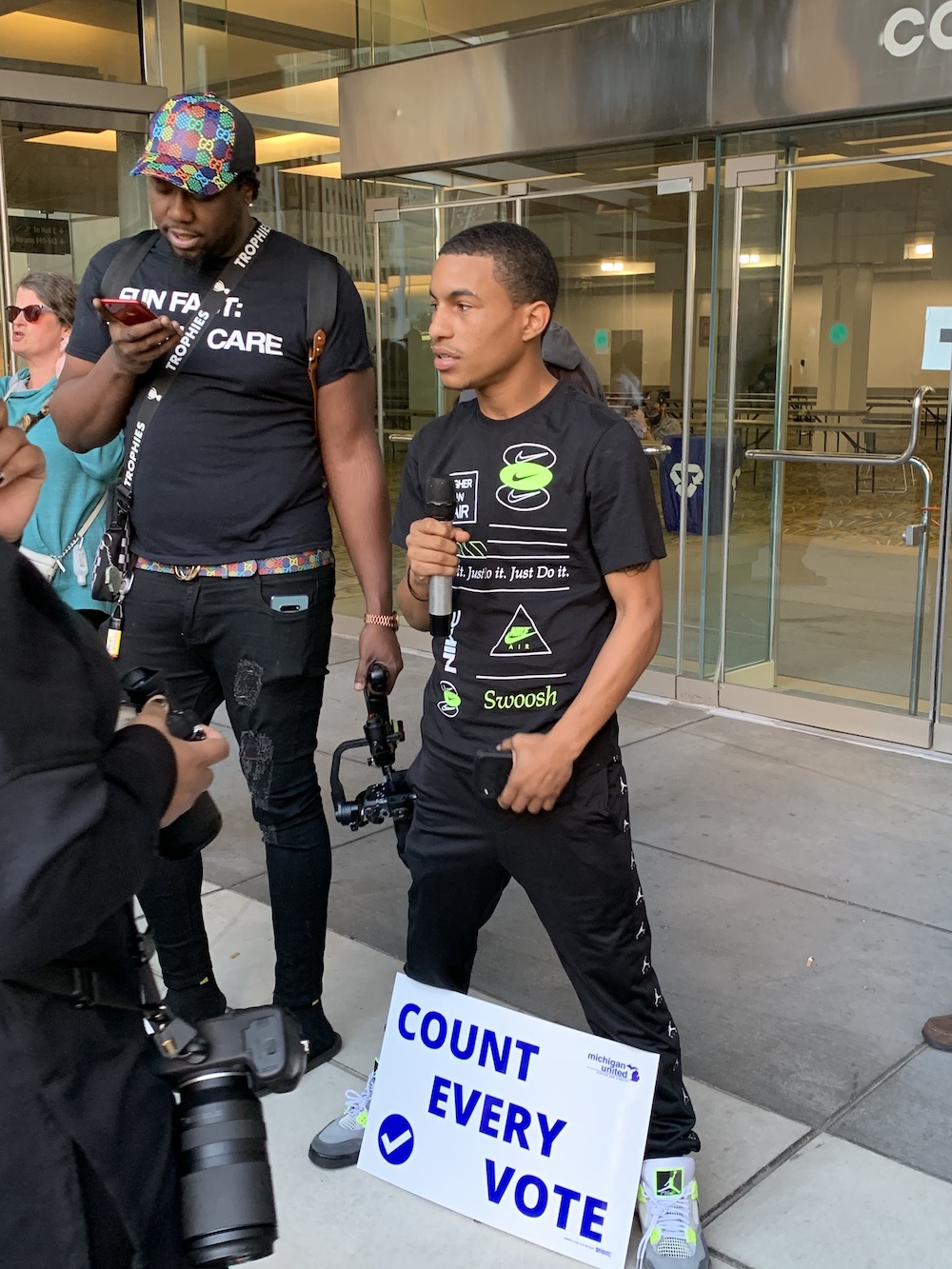