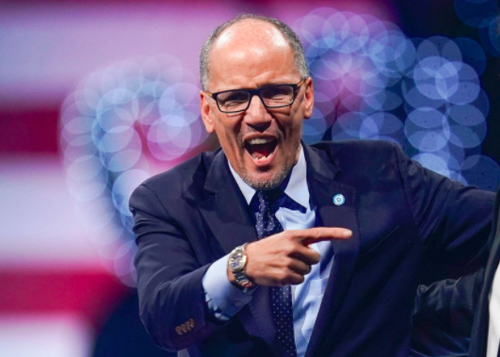 At the end she said she's issue an order Friday denying a request to stop counting Michigan ballots until more poll challengers can observe, The Detroit News reports.

Additionally, the judge noted that Michigan's count largely is completed and relief in the form of a halt to counting is unavailable, the News reports

For his part, Trump on Thursday continued to tweet "STOP THE COUNT!"

The Democratic National Committee wants to intervene in a lawsuit filed by the Trump campaign to halt ballot-counting in Michigan “until meaningful access has been granted" for poll-challengers to observe the process.

The Detroit News reports the DNC asked a judge for permission to get involved Thursday, arguing that a ruling in favor of the Trump campaign would violate the equal protection of its members, reportedly the same constitutional right concern the Trump team is raising.

"Through this lawsuit, the Trump Campaign seeks to disrupt the lawful counting of ballots in Michigan, which impairs DNC's distinct and protectable interests," the DNC wrote in its motion.

"We also demand to review those ballots which are opened and counted while we did not have meaningful access," the campaign said in a statement quoted by The Detroit News.

In its suit, the Trump campaign says it has been denied access to "numerous counting locations" to observe the process "as guaranteed by Michigan law." It did not identify any locations.

Poll-watchers from both parties were prevented by police from entering the TCF Center Wednesday after they reached their allotted 134 each.

Secretary of State Jocelyn Benson said Wednesday evening around 8 p.m. that all of the state's votes had been tabulated.