Once upon a different time, political journalists held this truth to be self-evident: Cover "both sides" with careful balance by giving roughly equal space, time and visibility to opposing parties, candidates and views.

Many news professionals and consumers now recognize that as a disservice and an opening for exploitation -- a trap Michigan critics say MLive.com fell into Thursday.

But first, quick context on the "the ritual of balance," as author-columnist James Fallows of The Atlantic puts it. He also calls it one of his industry's "most destructive habits."

”In the Trump era, 'both sides' (or 'bothsidesism') has become shorthand for a journalistic philosophy that many media critics consider to be broken. Its rules, critics say, make things that aren’t the same seem the same, and allow bad actors to launder disinformation. ... 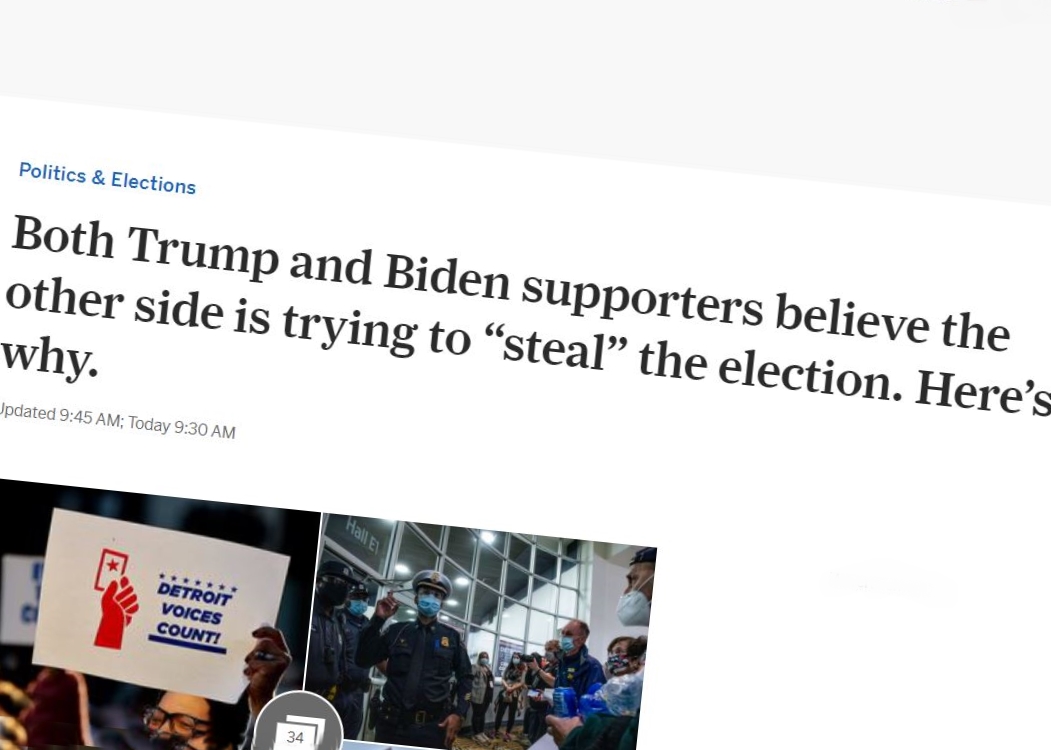 MLive, an eight-city Michigan newspaper group, stumbles into "bothsidesism" with the headline at right. It's atop a paywalled post on "stop the count" chants Wednesday afternoon outside TCF Center in Detroit and "Detroit voices count" signs at a march "four miles away [by] protesters on the opposite end of the political spectrum."

Other media, including Deadline Detroit, reported separately on each event or avoided equating them.

Reactions to MLive's conflation come from (in order below) the Biden campaign's state communications director, a Dearborn congresswoman, the state Democratic Party's rapid response director and a Flint congressman's chief of staff:

To be clear, @JoeBiden won Michigan and his supporters believe every vote should be counted. This headline is a joke. https://t.co/NCDpodpRKA

Pitting sides against each other is dangerous and unAmerican. https://t.co/Ri3AGCLO1s

Hey @MLive! This is a lazy and misleading excuse for journalism. Stop with the false equivalency. One candidate—Trump—is doing everything he can to discredit legal votes. Maybe choose to report on that? https://t.co/Kdk82f5iWW