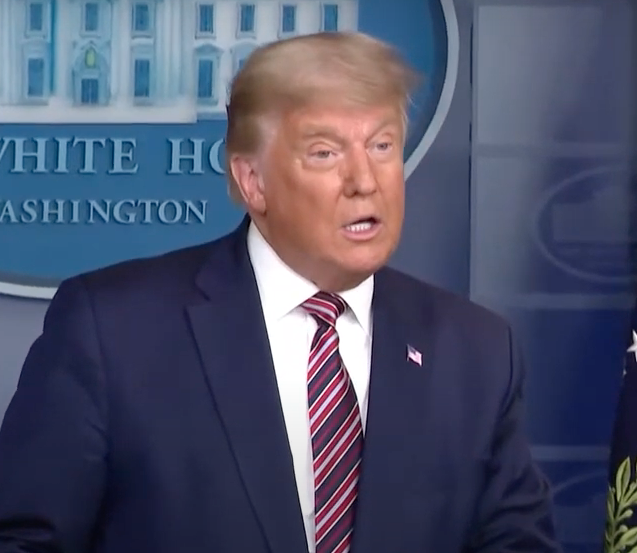 “Detroit and Philadelphia, known as two of the most corrupt political places anywhere in our country, easily, cannot be responsible for engineering the outcome of a presidential race,” Trump said.

Though Trump led Tuesday night, he lost the state by more than 145,000 votes after all ballots were counted — more than 10 times the margin he won by in 2016.

Trump, who votes absentee, has repeatedly said in recent months that those ballots create opportunity for fraud, despite a lack of evidence.

He suggested Detroit doesn't have a reputation for election integrity. In the past, the city has experienced irregularities counting ballots, but in this election, no serious problems have been reported. The city got help preparing for the expected record turnout from the Secretary of State's office, along with Mayor Mike Duggan, who deployed city employees to make sure voting and processing ran smoothly. Grant money for new equipment and satellite offices has helped, as well.

Trump again claimed that the city prevented Republican observers from watching the ballot count, which is not true. A maximum of 134 challengers from each party were inside the TCF Center Friday when Trump supporters complained of not being let in.

Gov. Gretchen Whitmer, who appeared Thursday night on MSNBC after Trump's speech, referred to the president a "increasingly unstable."

University of Michigan law professor Barb McQuade reacted to his remarks by tweeting: "He is undermining democracy and providing propaganda for our adversaries around the world."

Re-elected Rep. Elissa Slotkin, D-Holly, posted a four-tweet thread that includes this: "Senior Republican elected officials need to speak out, now, to make clear they will not participate in attempts to thwart the will of the voters. If you remain silent, you are complicit."