Michigan's Ronna Romney McDaniel: 'We Are Confident that President Trump is Going to Win' 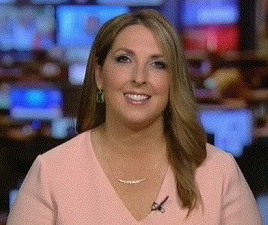 Ronna McDaniel: "You support is so important." (Photo: Twitter)

You might recall that Michigan's Ronna McDaniel gladly gave up publicly using her middle name,"Romney," at the request of President Trump before taking the job as chair of the Republican National Committee in 2017. Trump apparently dislikes her uncle Mitt.

Well, the loyal soldier that she is, McDaniel seems willing to go down with the ship. In an email to Trump supporters on Saturday she seeks donations for the Official Election Defense Fund to battle what the party insists is voter fraud that stole the election.

"Your support is so important, that President Trump is giving YOU the opportunity to increase your impact by 1000% when you step up in the NEXT HOUR," she writes the same day Joe Biden was declared the victor.

"We have lawyers working hard to make sure every legally cast vote is counted, and we are confident that President Trump is going to WIN!"

Interestingly, Trump during the 2016 campaign told a rally: "We're going to win so much, you're going to be so sick and tired of winning."

Apparently, America this week got sick of "winning."