U.S. Rep. Paul Mitchell, a two-term Republican from Lapeer County, is free to speak frankly about the president-elect. He resumes a business career full-time in January after deciding to leave Congress -- one reason Mitchell tweets Saturday:

Congratulations to President-elect Biden and Vice President-elect Harris. This election was hard-fought by both candidates and ultimately the voters chose them for the job. America now looks to you to lead our country and unite us for the common good.

Only one other GOP colleague in the state delegation, Rep. Fred Upton of Southwest Michigan, speaks publicly in that bipartisan spirit so far. "We have to find a way to come together," Upton said Saturday on Facebook. "I am raising my hand and committing to working with President-elect Biden and my colleagues on both sides of the aisle in Congress to do exactly that."

That country-first approach contrasts with silence from six other Michigan Republicans elected to the House. 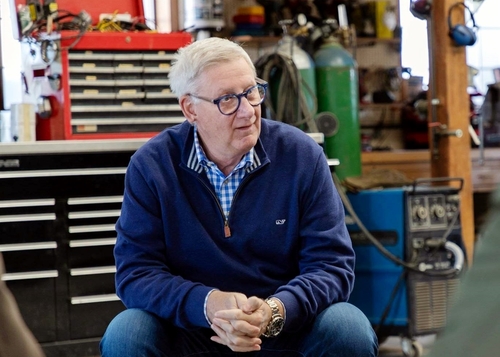 But sometime within the next days, the rest of Michigan's Republican delegation will have to either reject the president's unfounded claims of a massive, coordinated conspiracy or share responsibility for whatever chaos they precipitate. ...

Peter Meijer and Lisa McClain, two Republican newcomers who won seats in the U.S. House Tuesday, have a golden opportunity to establish themselves as leaders of a post-Trump GOP that prioritizes traditional Republican values such as fiscal responsibility and respect for the rule of law over delusional conspiracy theories. ... By recognizing the legitimacy of Biden's election, Michigan's newest congressional members can distinguish their brand of Republicanism from their vanquished president's self-aggrandizing version.

Instead, McClain tweeted Friday: "THE RACE  IS NOT OVER. The Michigan GOP is looking for volunteers to help with the upcoming, county canvasses."

For his part, Rep. Mitchell of Dryden posted this on Twitter and Facebook before the presidential outcome was confirmed Saturday morning:

"Free and fair elections are a cornerstone of democracy. Their legitimacy and integrity must be maintained. ... The people deserve to be heard and there is time to get this right. ...

"Every legal vote should and will be counted -- as they always are. Where there are issues, there are ways to address them. If anyone has proof of wrongdoing, it should be presented and resolved. Anything less harms the integrity of our elections and is dangerous for our democracy.

"I have experienced both losses and victories in elections. Losses hurt deeply -- I know that personally. But our nation demands that its political leaders accept both wins and losses with grace and maturity. Let the voters decide."