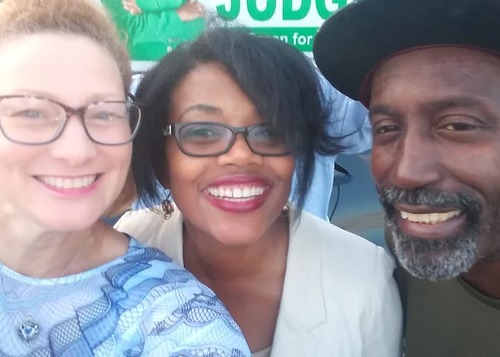 A state judicial oversight commission has charged a former Wayne County Family Court judge for allegedly lying about and covering up her son's abuse of her grandchildren.

Judge Tracy Green, who's been moved to the county's criminal division, is facing several judicial misconduct charges for allegedly lying under oath to child welfare workers and using makeup to cover up a grandson's bruises.

She has previously denied wrongdoing. Her son was convicted of felony child abuse last year.

Fox 2 broke the initial story that indicated Green, whose job responsibilities include protecting abused kids, knew what was going on in her family:

A child welfare worker reported that Green told her she once heard her son yelling at one of her grandsons, heard a slapping sound, and saw a handprint on the boy's face. That would suggest that she had some awareness that her grandkids were being hit.

"It certainly would suggest, but regarding the comments that are attributed to me, I never said that. Not even anything close to that," Green said.

Green was called as a witness in her son's custody case. When asked about that report, she acknowledged seeing a handprint on her grandson's face - and denied the rest.

When the prosecutor asked Judge Green if she remembered telling a child welfare worker that she had spoken with her son "about how he disciplined the children," she said: "I don't specifically remember that, but I don't dispute it."

She also testified that the children told her they were spanked, but she never asked what that meant.

Green now reportedly faces a hearing in which a master will recommend a possible punishment.