Retired Detroit Judge Dalton Roberson Sr. Dies at 83 After Being Diagnosed With Covid 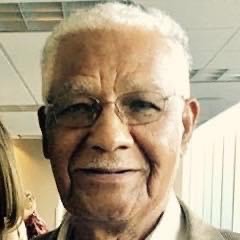 Wayne County Circuit Judge Dalton Roberson Sr., a fixture of the judiciary in Detroit for decades, died Tuesday after recently being diagnosed with Covid-19, his family said. He was 83.

His daughter Portia Roberson, an attorney who heads Focus: HOPE, announced the passing on Facebook.

"Our hearts are broken," she wrote. "He is reunited with our mother and they will be our angels and watch over us forever. Please keep us in your prayers."

Roberson first sat on the bench in Detroit Recorder's Court in 1974, which merged with Wayne County Circuit Court in 1997. He retired as a full-time judge in 1999.

Roberson was born in Alabama and came to Michigan in 1953 to find work after graduating from high school. He was a boom operator for the U.S. Air Force before earning his bachelor’s degree at Michigan State University in 1967, according to a biography posted by the Walter Reuther Library at Wayne State University.

He worked for the city's Department of Social Services before attending Detroit College of Law. He eventually opened a law firm with attorneys Robert Harrison and Bernard Friedman, who went on to become a federal judge.

From 1972-74, he served on the Michigan Civil Rights Commission and the Sentencing Community Alternative Commission.

In 1974, he was appointed to the bustling Recorder’s Court by then-Gov. William Milliken, and became chief judge in 1987.

The National Conference of Black Lawyers named him judge of the year in 1992.

After his retirement, the Robersons moved to Mississippi, where he indulged in one of his great passions -- golf.  The couple returned to Detroit in 2013, where he occasionally presided in Wayne County Circuit Court as a visiting judge. Pearl Roberson died in 2018.

In addition to his daughter, Roberson is survived by son Dalton Roberson Jr., daughter-in-law Jakeema Roberson and grandchildren Avery and Harper Roberson.

Many commented on his daughter's announcement on social media:

► Janice Winfrey, Detroit city clerk: Portia I’m sooo sorry our families have a rich history and we have been blessed to be a part of it. Please know that we are praying for you and your family.

► Judge Regina D. Thomas, Wayne Circuit Court: Your father was a giant among men. He mentored me as a new judge and was never stingy with his knowledge. He told the most awesome stories and suggested the best books. He will truly be missed.

►Adrian Green: Your father was a Detroit icon and an inspiration to so many. He leaves us all the legacy of a well-spent life. Praying for you and your family.

►Palmer Jerome Barney: God bless his soul. He was a great judge! A legend! A man of the people! I was proud to practice before him!

►Tim Attalla: He will definitely be remembered as a legal legend. May God ease your pain and sorrow at this difficult time.