The former communications director for the Detroit Athletic Club, currently being sued for sexual harassment by a local photographer, kept his job despite a history of inappropriate behavior with women, the Free Press reports. 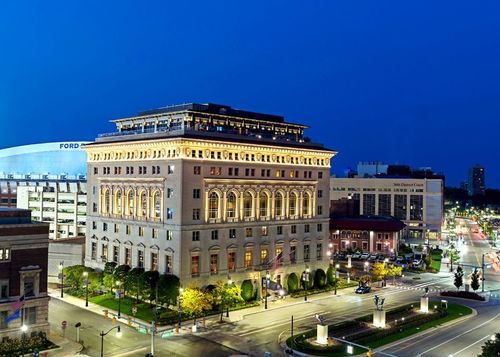 Deposition testimony obtained by reporter Paul Egan reveals that Kenneth Voyles behaved in a "lecherous" fashion with other female club employees. The behavior was reported to the general manager, but Voyles kept his job.

The DAC is being sued by local photographer Cybelle Codish, who was the focus of Voyles' attention in his role as editor of the downtown club's monthly magazine. Codish was a frequent contributor to the magazine and billed tens of thousands of dollars' worth of work to the club in 2018. But after she complained about Voyles' notes, gifts and other actions, her work was cut off.

Voyles, Codish contends, wrote romantic letters seeking a relationship with her, even though she consistently told Voyles she wasn't interested. "You are an amazing person, as brilliant as a thousand dawns, as beautiful as a perfect exposure, as dynamic as a million shutter clicks, a clear and wonderful lens on to the world, the wind and the endless stars above," read one, in part.

With the other club employees, his behavior was cruder, however:

Former executive assistant manager Andre Halston said that in 2013 he saw Voyles sitting on the desk of DAC creative director Amy Wren Miller with his crotch at her eye level and within about a foot of Miller's face. Miller turned away in disgust, so that Voyles could not see her reaction, and after Voyles left the room she told Halston that it "happens all the time and it's sickening," Halston testified Aug. 20, according to a deposition transcript.

Halston confronted Voyles after he watched him have Miller and another young female DAC employee each pose for an extensive series of photographs, after which Halston saw Voyles, who did not know Halston was watching, ogle and stare at both women as they walked away from him down a hallway back to their office.

Halson further testified that he took his concerns to DAC executive manager Ted Gillary, but nothing was done. Gillary eventually spoke to Voyles after Codish complained, but allowed him to leave employment via retirement to avoid hurting his chances of finding work elsewhere.