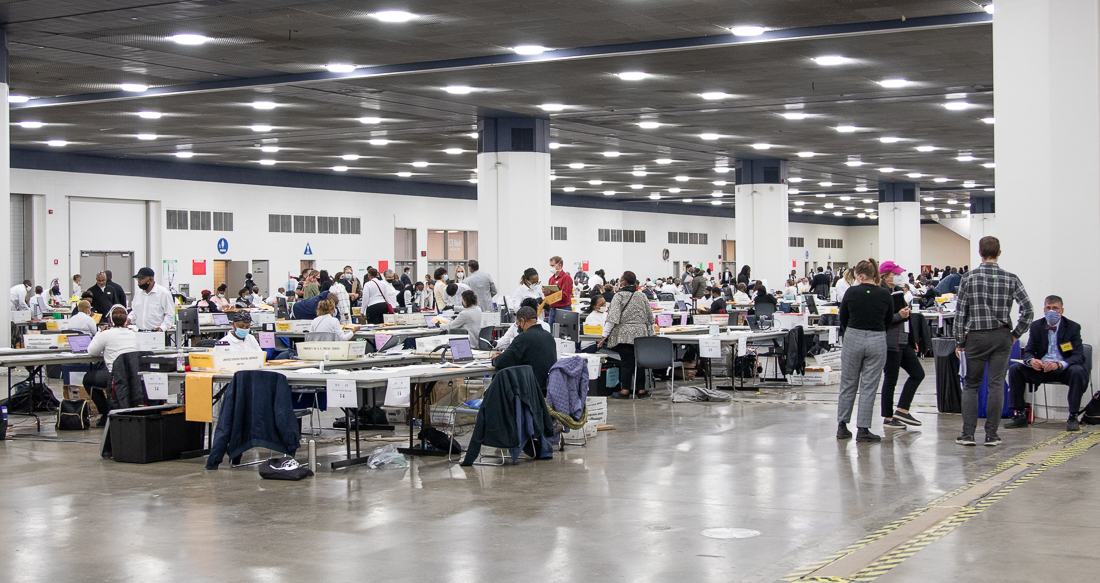 A Wayne County Circuit judge tossed out a lawsuit requesting a stop to canvassing and certifying the Wayne County's election results.

At the same time, Kenny rejected poll challengers' request for an independent audit of the county's results.

The judge cast doubt on the affidavits of several GOP poll challengers who were present during the absentee counting process, writing that they had not attended an Oct. 29 walk through of operations at TCF Center and "did not have a full understanding" of the process.

"No formal challenges were filed. However, sinister, fraudulent motives were ascribed to the process and the city of Detroit," Kenny wrote in a Friday opinion. "Plaintiff's interpretation of events is incorrect and not credible."

President-elect Joe Biden beat President Trump by about 147,000 votes in Michigan. Any audit or recount would be unlikely change the count that gives Biden 16 electoral votes.