Gallery: Detroit art museum shows how we rolled and fantasized about rolling since 1950

Albert L. Mueller in 1956 drew this Jetsons-like model, called the Ford Nucleon because atomic energy was imagined as its far-fetched power source. Twelve more photos are below. 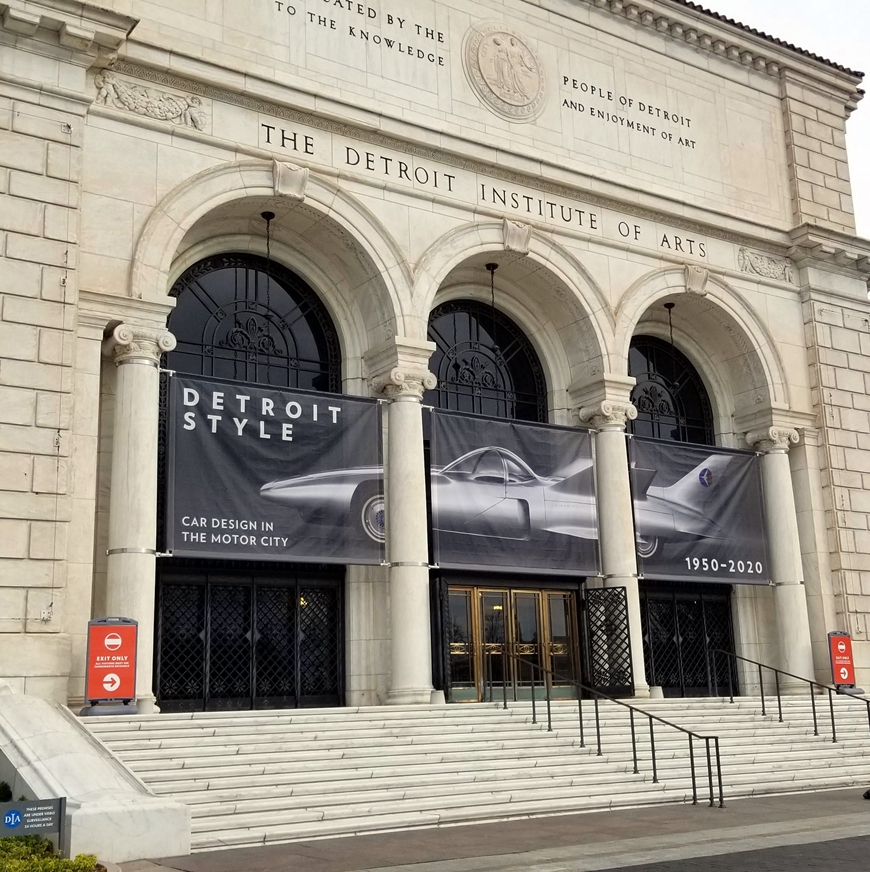 "This exhibition will showcase the similarities between the art of car design and the creative process sculptors of the past used to create their masterpieces." ...

[It] includes unique examples of celebrated, experimental show cars created for display as well as iconic production models sold to the mass market. ... The cars and drawings on display also document the changing landscape of ... American culture from 1950–2020, using new technologies to appeal to the fantasies and ambitions of their day.

In addition to four vehicles from each of the Big 3, starting with General Motors' 1951 Le Sabre and ending with a 2017 Ford GT, the "Detroit Style" galleries have over 30 design drawings, a scultpure and auto-related paintings. 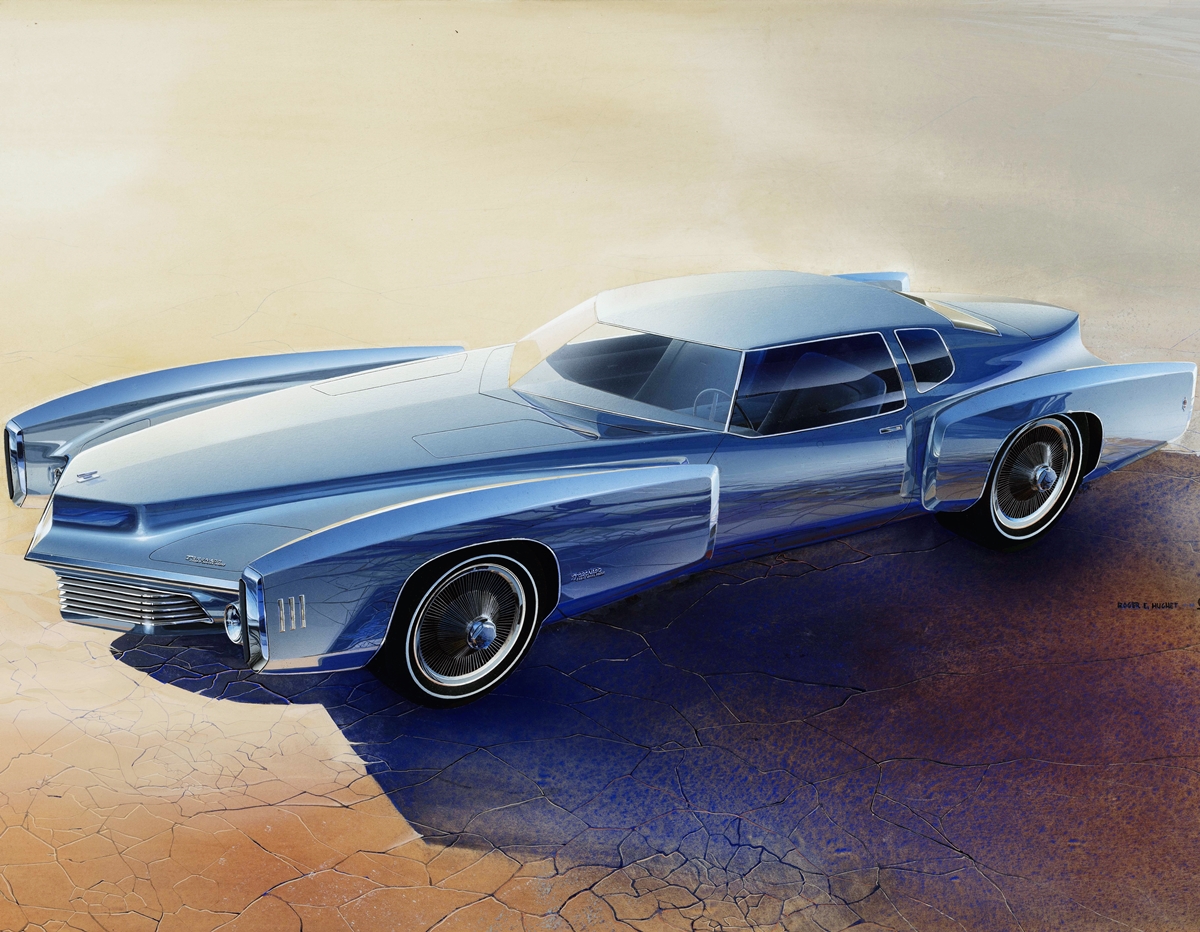 Proposed design for the 1968 Oldsmobile Toronado by Roger Hughet. The GM luxury model was made from 1966-92.

"You really get a sense of how ideas take shape and become concrete from a very abstract starting point," Colman says. "For me, that's a really thrilling opportunity to look through the designers' eyes and see what they see and think, how they think as the process moves along."

He adds: "There is a lot of artistic license and freedom in these unique prototype show cars and concept cars that are not necessarily intended for mass production, so [the designers] can dream really big and then take on very ambitious challenges that might not quite be feasible at mass scale yet."

Galleries that opened Sunday have the museum's second "Detroit Style" presentation, following up on a 1983 exhibition of vehicles and automotive art from 1925-50.

► Exhibit length: Through next June 27

► Free tickets: Timed reservations are needed to visit the museum to control attendance during the pandemic. Get tickets here. (Free for tricounty residents.)

► 11 more photos: These exhibit images are from the DIA: 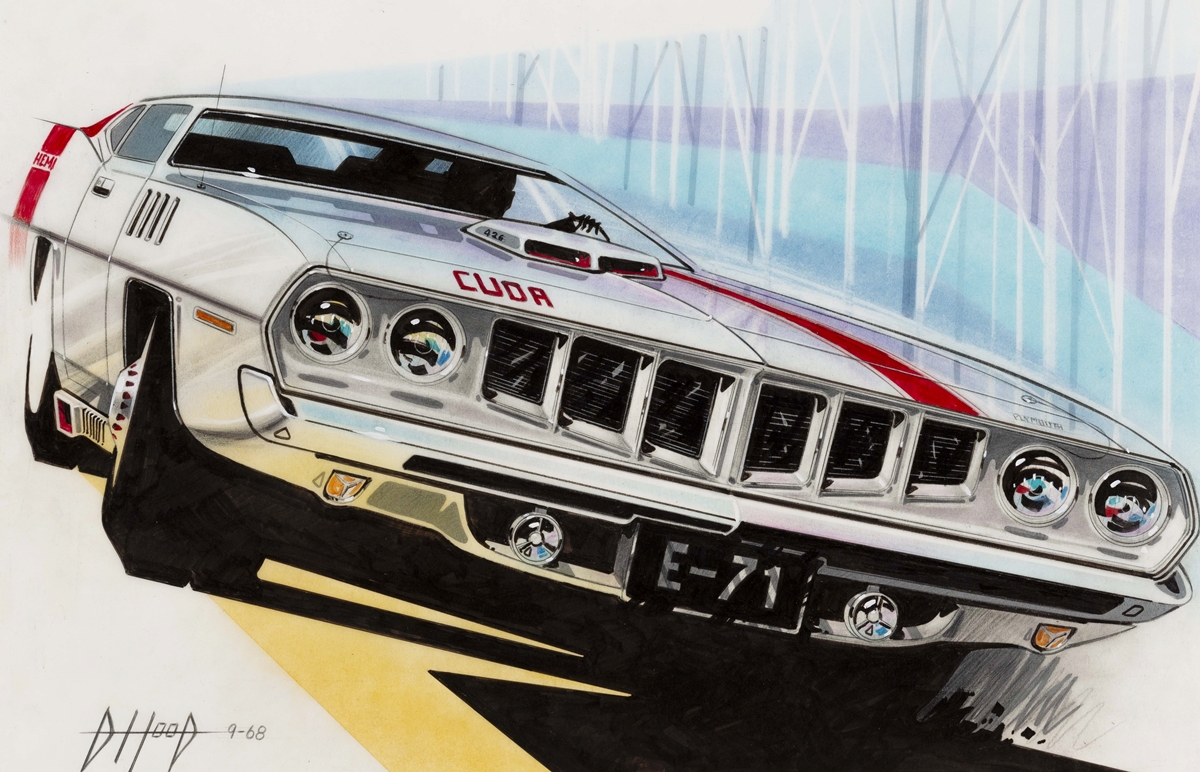 Donald Hood of Plymouth in 1968 sketched this concept for the '71 Barracuda.

This 1958 vision of a General Motors Firebird III is "an experiment in futuristic space age design with towering fins and an early version of autonomous driving technology," the DIA says.

This 1998 Chronos is on loan from Chrysler Fiat Automobiles.

Wayne Kady proposed this look for the '67 Cadillac Eldorado.

A 1970 Barracuda, on loan from the manufacturer. The DIA calls it "a legendary Detroit pony car that captured the world's imagination and still defines the attitude and prowess of American cars."

"The 2017 Ford GT supercar shows how designers reinterpret the past with new materials and technology to shape visions of the future." -- DIA 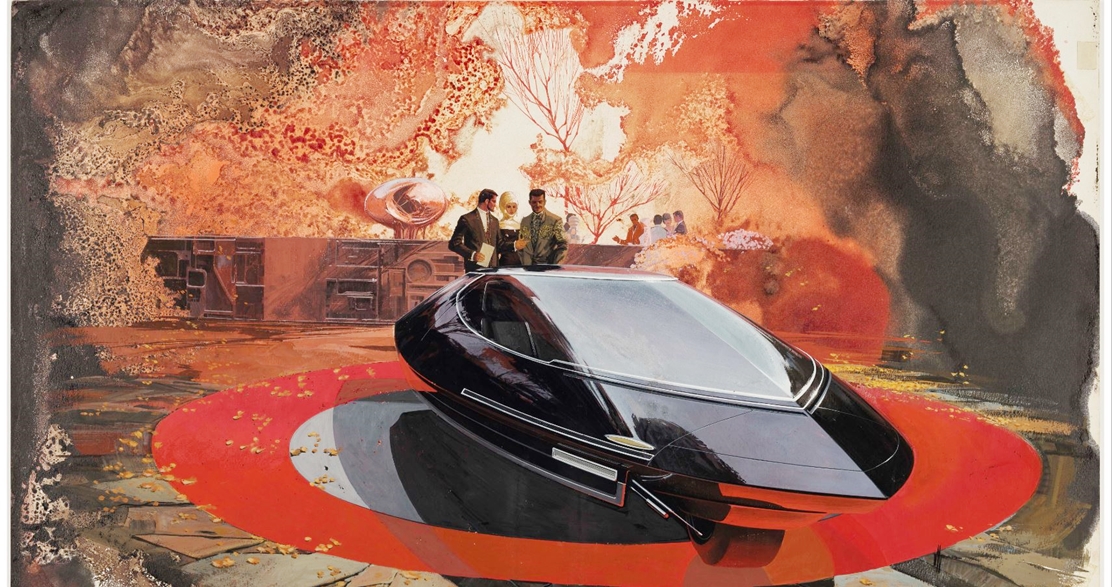