Detroit Digest: Fish and Chips Doesn't Get Better Than at Scotty Simpson's

On Fenkell in Northwest Detroit, the neighborhood has seen better days. 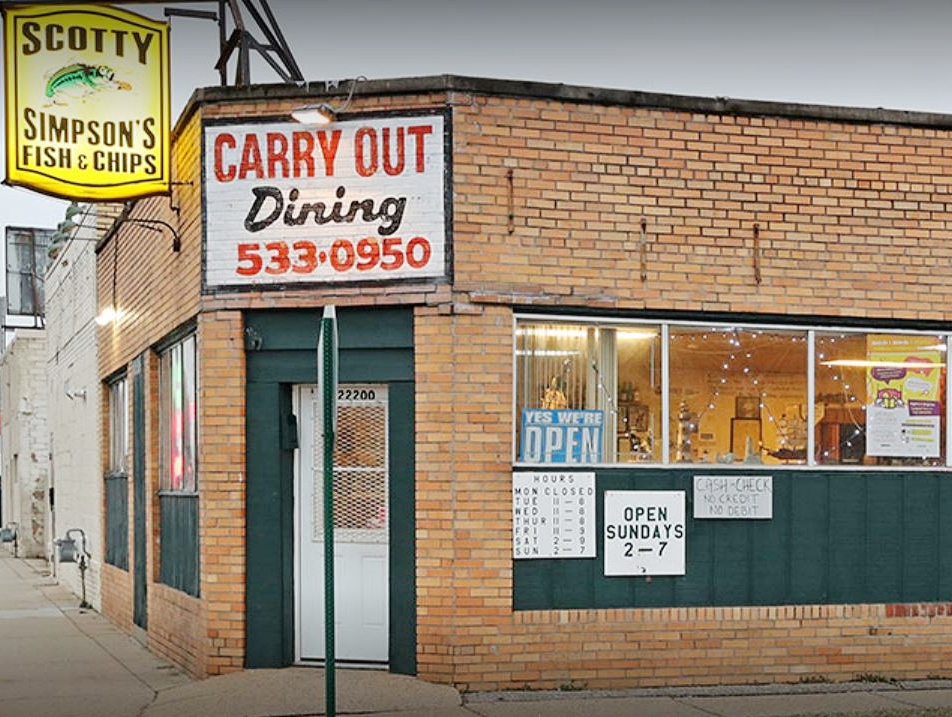 The popular destination is on Fenkell Avenue, just west of Outer Drive West.

But one constant since 1950 has been Scotty Simpson's Fish & Chips, which serves arguably the best fish and chips in Metro Detroit. The place is on its third owner, Harry Barber, who took over in 2001. Barber is no stranger to the casual restaurant, where he has worked since 1966.

Detroit Digest host Carlos Parisi stopped by the other day at 22200 Fenkell near Outer Drive West to feast on the signature item, as well as fried shrimp and frog legs. He also dug into the house-made onion rings and coleslaw.

The restaurant does carryout and only accepts cash or checks.