Trump Adviser: Only Way to Stop Michigan's New Covid Rules Is to 'Rise Up' 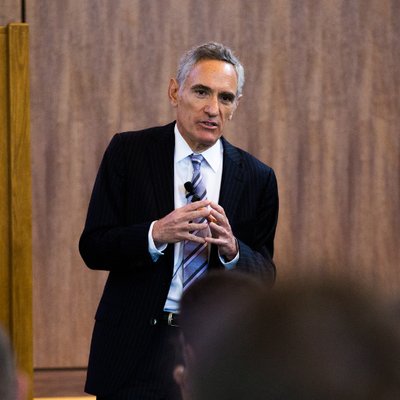 The Trump inner circle continues to push back against Michigan Gov. Gretchen Whitmer's efforts to tame the Covid virus through limits on restaurants, bars, other recreation and schools.

Dr. Scott Atlas, a radiologist with no public health expetrience who joined the White House coronavirus task force in August, tweeted Sunday night after Whitmer announced a new round of rules:

The only way this stops is if people rise up. You get what you accept. #FreedomMatters #StepUp https://t.co/8QKBszgKTM

A little while later, he tweeted: "Hey. I NEVER was talking at all about violence. People vote, people peacefully protest. NEVER would I endorse or incite violence. NEVER!!"

"We've been going through this for nine months. And right now, the numbers are as bad as they've been at any give" time. And so we have to take aggressive measures with the vacuum of leadership in Washington, D.C." Whitmer said. "It's on the states' governors to do what we can to save lives."

This statement is disappointing, irresponsible, and the reason why the United States finds itself in such desperate circumstances regarding COVID-19. I look forward to a new federal administration that works cooperatively with our state government to protect Michigan residents. https://t.co/OAnb0epnNh

In Detroit, Mayor Mike Duggan said Atlas is "behaving like a moron." And from Washington, a more prominent presidential adviser -- Dr. Anthony Fauci -- commented: "I totally disagree with it, and I made no secret of that. I mean I don't want to say anything against Dr. Atlas as a person, but I totally disagree with the stand he takes."