It’s a bar rich in history, with a side room that saw performances by nearly every Detroit band of note from the 2000s on, as well as out-of-towners passing through. But it’s possible that PJ’s Lager House may end its run not with a rousing show in keeping with its well-known motto -- “Live life loud” -- but quietly, yet another Covid casualty.

Owner Paul “PJ” Ryder shut the Corktown bar’s doors Sunday and posted, on his Facebook, a photo of an empty glass on the bar top, where hundreds of signed guitar picks rest under a layer of epoxy. And a short farewell: 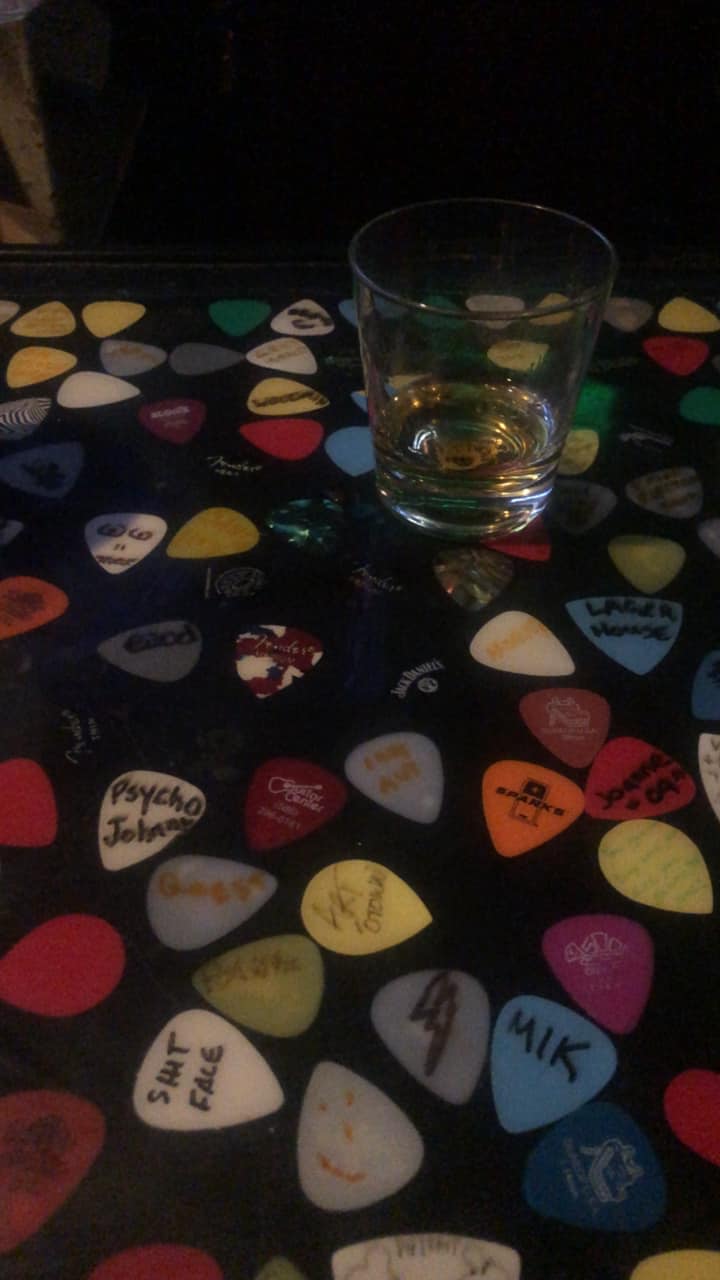 The bar top shows what the Lager House is about -- music. (Photo: Paul Ryder)

Well that’s it folks.
We are closed.
Never thought it would come to this.
Stay safe.
Stay well.
Get tested.

It’s depressing, but it’s the reality for many bars, restaurants and other gathering places as the pandemic stretches on and on. And while Ryder isn’t saying “for keeps” yet, he’s out of money, and the Lager House’s future relies on grants that may or may not come through, and an ambitious GoFundMe drive. Right now, Ryder puts the venue’s chances at 50-50.

Should it close, it would be a sad end for a comfortable, authentic place to get a decent sandwich and a beer, not to mention a critical piece of Detroit music history. The Lager House has been open in one form or another since 1915, as a bakery, a restaurant, a speakeasy and in recent years, a music venue with an if-these-walls-could-talk cavalcade of memorable shows.

“As opposed to many venues, we let a lot of people play who were just trying to get a foot in the door,” said Ryder. “We gave them a start. We watched bands improve over the years to where they outgrew us.”

Indeed. When the Black Keys played to a packed Joe Louis Arena in 2012, guitarist Dan Auerbach came out for an encore and marveled from the stage, “It seems like we were just here, playing at the Lager House.” When they did, Ryder said, they slept on a bartender’s floor.

PJ’s was a prime venue for the early garage scene, and hosted the White Stripes, Von Bondies, Dirtbombs and other acts of the era. But Ryder was open-minded and creative in his bookings, too. Sailor’s Mouth Yoga classes were led by a swearing burlesque dancer with the stage name Stevie Nips, and the Halloween shows were hilarious fun: He asked bands to perform cover sets of other bands’ material, and take it as far as they liked, which meant the Handgrenades, indie rockers, took the stage in sequined gowns to play songs from the Supremes’ catalog. Among many others.

So now the Lager House sits in limbo. The last music played there was by Stone Clover, a Detroit Irish band, on March 15. Assuming the most recent shutdown ends in three weeks -- more a devout wish than an assumption, really -- there’s the no-money problem waiting there. The $22,000 in PPP money and $47,000 in grants that kept the doors open since mid-March has been spent, most of it on payroll, Ryder said. The rest is for the IRS, utilities and other costs. Ryder is 66 now and listed it for sale a while back. He took the place off the market in hopes of securing yet another grant to renovate the streetside facade and improve its value, but that looks like an increasingly elusive dream.

“I do hope the incoming administration will get something off the blocks for businesses,” Ryder said. He’s in the running for maybe one or two more grants. But the clock is ticking.

“It used to be music, booze and food. Then they took music away [with Covid], and it was just booze and food,” he said. “Now this.