Jaffe: Showdown at Wayne County Canvassing Board was the latest skirmish in a lost battle

The writer, a lawyer who clerked for Justice William Rehnquist at the U.S. Supreme Court, was general counsel of Guardian Industries and is a volunteer in the Michigan Democratic Party’s voter protection program.

Michigan Republicans have been following the petulant lead of President Trump, claiming that the entire election process, around the country -- but really only in states he lost -- is a corrupt mess. That campaign of mendacity reached a crescendo Tuesday night, when the four-person Wayne County Board of Canvassers deadlocked for a few hours on certifying the Nov. 3 election here. 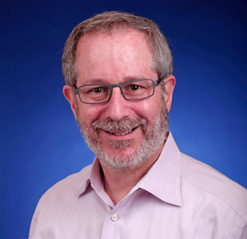 David Jaffe: "The only fraud ... is the false Republican claims of it." (Photo: Jaffe Counsel)

Normally certification is a routine process, which follows discussion of the numbers, obvious problems, and so forth. In August, the same board called out the fact 72 percent of Detroit precincts didn’t balance – the number of votes cast didn’t match the number of voters – and asked Secretary of State Jocelyn Benson to investigate.

A failure to balance doesn’t by itself indicate fraud or other misbehavior on anyone’s part. Imbalances are nearly always due to human error, and the number of votes that were out of balance in Detroit, around 367 in a quarter-million cast, indicate nothing more.

Republican members of the Board of Canvassers brought this storm upon their heads by blindly following the Republican playbook, in place since long before the polls closed Nov. 3.

Most of us have heard about the scene in TCF Center that night and into the following day, when a small army of Board of Elections workers recorded and counted roughly 140,000 absentee ballots, all as poll challengers and other observers milled around them.

I was one of them, the team leader for the Democratic challengers. Our people had been trained by an outstanding voter protection program and knew their job: Follow the rules, including the one against any phones; wear your mask; point out errors in process and get them corrected; defend the process when it is right. We had no idea what was coming.

What did I and my fellow Democrats see? We saw Republican challengers and their leaders aggressively and systematically violating the rules. They harassed election workers and obstructed their work, in an apparent effort to disrupt and slow the count.

Contrary to the claims still being made, Republican challengers were allowed into the counting room in very large numbers and had full access and opportunity to observe. But many did not seem to be trained in Michigan election law and procedures for counting absentee ballots, and many of their complaints were based on their ignorance and misunderstanding. Republican challengers often claimed that the election workers broke the law or cheated when in fact things were being done correctly.

If Republican challengers had really been looking for fraud, they would have chosen different tactics – the approach they took made it more difficult for them to see and understand what was going on.

The count was basically sound, although not perfect. Challengers of both parties found processes handled correctly, although challengers operating in good faith found some procedural errors and got them fixed.

The only fraud committed in connection with Detroit’s absentee counting is the false Republican claims of it. The Republicans in the room were trying to create a public relations event by causing chaos, harassing and intimidating election workers, and falsifying what happened.

When a crowd gathered late Wednesday, Nov. 4, outside TCF Center and outside the counting room, banging on windows and making spurious claims of wrongdoing, their actions tainted what had been a relatively smooth process and fed wild rumors about the election results, even though the outcome was overwhelmingly clear when the count was finished.

And so this Tuesday’s uproar at the canvassing board seems all the more contemptible, a desperate, last-ditch effort to throw sand in the gears of what in the end was a surprisingly well-run election, conducted under the pressure of a pandemic, record-high turnout and even higher-running emotions.

Tuesday night, I was on that Zoom call, too. I told the board that they were violating the law by refusing to certify the election. Others pointed out the immorality of their stand and defended the dedicated election workers at TCF Center.

In two months, we’ll have a new president, but most of us will still be in Michigan, trying to see that these processes run smoothly and fairly and trying to improve our election laws, to the benefit of all. Will the Republicans who pounded on those windows, who harassed election workers, who made wild accusations – will the Republicans in the Michigan Legislature -- be willing to do their part for the greater good? I hope to be pleasantly surprised.