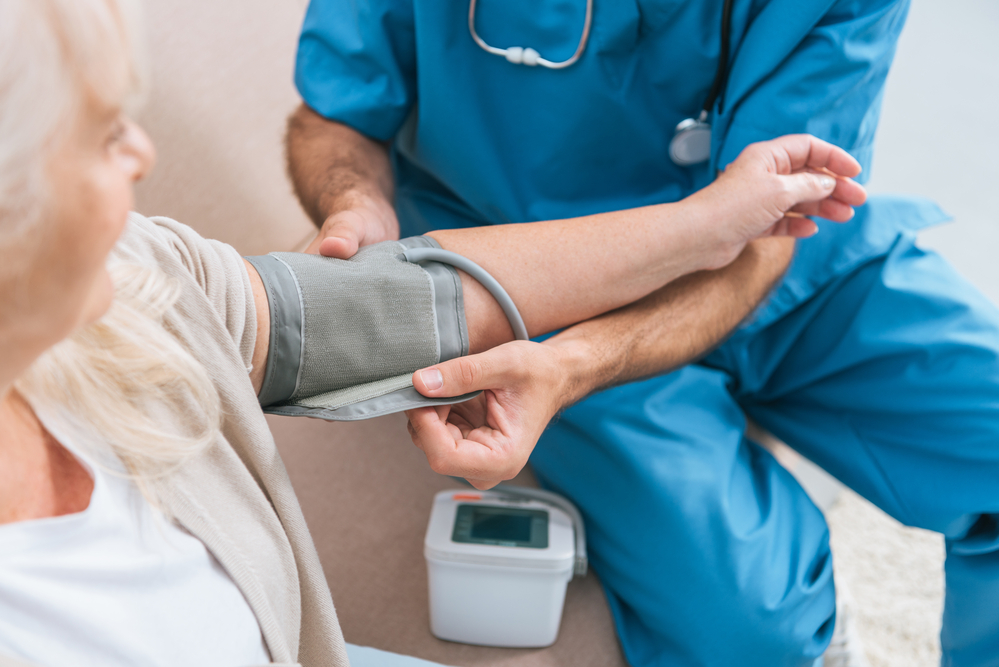 That doesn't sound too bad.

But then again, they accounted for 63 percent of all deaths. And that's an outrage. The rotten care provided to our elderly has been in the spotlight for months and it continues. Somebody has to go.

As we all now know, Covid-19 mostly kills old people. And so we've again shut down the comings and goings of young people to protect the old.

So why do they keep dying, and the government won't tell us as we sit out here withering on the money tree.

Unemployment benefits have dried up for most of us in Michigan. No stimulus checks from Washington are on the horizon.

Washington isn't budging. Trump isn't transitioning. Covid is raging. And the governor of Michigan has practically locked us down again.

After all the physical and economic carnage of the past eight months, we come to find out the nursing homes in Michigan are still screwed up.

That's the answer I get when I call the offices of politicians, bureaucrats and lobbyists.

Covid-19 is a raging fire, setting records every day. Hospitals are filling up and so are the morgues. Only a callous fool would say we should do nothing and let the game of herd immunity play itself out.

But why shut down restaurants where hundreds of thousands of people make their living, when there's no evidence that they're causing the spike in infection and death?

The fact of the matter is that long-term care facilities are the central place of death in the early stages of this second wave, just as they were in the first wave, and precious little has been done to correct the squalid conditions and performance inside these homes for the aged and adult foster centers – collectively known as long-term care facilities.

While the proof is in the data, the data is not clear, and it appears that it is intentionally so.

Consider that last week, there were 409 deaths attributed to Covid-19, according to the state's Department of Health and Human Services. But then subtract the asterisk – the deaths within that total which were attributed to a “vital records search.” Those are prior Covid deaths that were never accounted for during the last spike, which made the state and the governor look better than it really was.

Subtract the asterisk and you see that there were 265 deaths last week.

I called the DHHS and asked the time and location of those asterisk deaths.

I don't believe we can provide that, said a bureaucrat.

How about a place of death?

Is there a database somewhere?

I don't believe there is.

Has anyone ever died who contracted it at a restaurant?

There is a database now that tracks weekly Covid cases and deaths inside the long-term care facilities. It was created as part of a slew of laws passed in October by the state legislature, after the Supreme Court ruled that Gov. Whitmer must relinquish her grip on power.

According to that new database, 166 seniors in long-term care facilities died last week.

What that means is nearly two-thirds of recent Covid deaths are nursing home-related.

More outrageous still? Nearly one-third of the licensed long-term care facilities have not reported death tolls at all, as required by law.

Again the bureaucrat: I don't know.

He promised to get back, and never did.

More outrageous still? That new law also states that a nursing home cannot admit or retain a individual infected with Covid-19 unless the DHHS approves the home's designated Covid area and program.

Do they now have separate staff for Covid patients, as the law requires? Do they have enough personal protection equipment? If they do, then why are there more infections among staff in the nursing homes than residents, according to the database?

And how many long-term care facilities have actually been certified by the state of Whitmer's Michigan?

I don't know the answer to that question, said an executive of a trade group representing nursing homes.

'No Urgency from This Administration'

So I called Republican Sen. Pete Lucido, who has been elected Macomb County prosecutor and promises to bring a criminal case against Whitmer and her handling of the nursing homes.

Lucido is also the man who wrote one of the new nursing home laws.

“I walked into a facility yesterday and they told me they haven't been inspected,” Lucido said. “Obviously there is no urgency from this administration. Try contacting LARA, they're supposed to be part of this.”

So I called Licensing and Regulatory Affairs office. You will need to contact DHHS Medicaid, as they control the Covid application process, a bureaucrat wrote from home.

He directed me back to the guy who didn't call me back.

Through all this, lockdown or no, bureaucrats are still getting paid.

I'm glad my elderly mom still lives at home and isn't trapped between a rock and these hard-ons.

Michigan isn't safe. And you can blame it squarely on your posturing, do-nothing politicians. If Santa is coming to town for the Thanksgiving parade, somebody warn him to stay away.