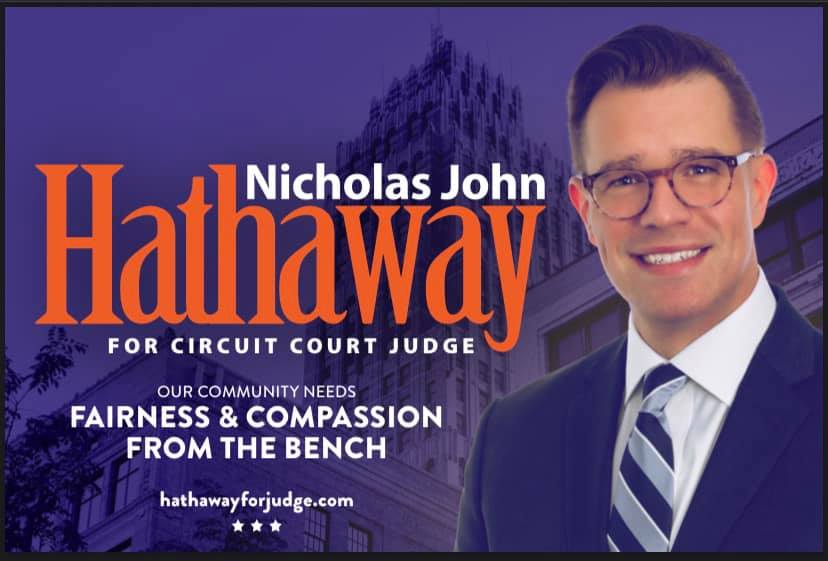 Wayne County courts have seen different Hathaways occupy the bench over the years. When it comes to nonpartisan judicial races, voters often pick a recognizable name.

So Nick Bobak, who is married to Wayne Circuit Judge Dana Hathaway, decided to change his last name to hers and run for the county bench, reports Ross Jones of WXYZ. There are currently four Hathaways hearing cases in circuit court.

It almost worked. After the election, Hathaway declared victory over two female candidates.

But when the vote was certified by the Wayne County Board of Canvassers this week, the totals changed and Hathaway ended up losing by 371 votes.

Now that he's lost, we'll see how long he wants to be Mr. Hathaway.