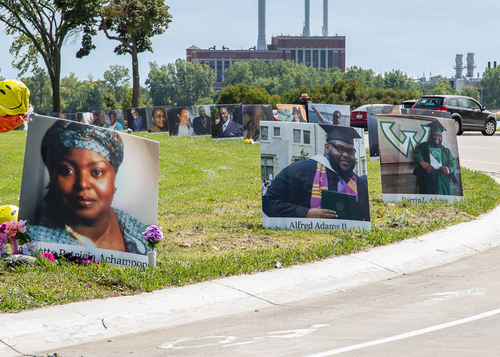 More than sixty percent of Detroiters say they're unlikely or very unlikely to get a Covid-19 vaccine when it becomes available, according a representative survey from the University of Michigan's Detroit Metro Area Communities Study.

According to the survey of 1,012 people conducted from Oct. 14-28, Black residents are four times as likely as white residents to say they won't get a government-approved vaccine. Hispanic residents are twice as likely.

Income and education play a role — those with higher levels were more likely to say they would try to get it when it becomes available.

Hesitancy about the vaccine may be explained in part by trust around information on the pandemic, said Jeffrey Morenoff, one of the faculty research leads for DMACS, professor of public policy and sociology ... Detroiters said the reliability of the vaccine, lack of side effects and the degree of risk of Covid-19 infection might influence their decision ...

"Those with greater levels of distrust of government, news and doctors are less likely to say they will be vaccinated," Morenoff said. "Successful efforts to promote a vaccine when it's available will need to take into account these attitudes."

The survey found a lack of willingness to get vaccinated despite that nearly 70 percent of Detroiters view the pandemic as very serious for themselves and their community and more than 93 percent say they wear masks outside the home.