Like any high-stakes clash of rivals, politics generates vivid insults -- including two words that fit a pair of Lansing legislators drawn into a risky, high-visibility stunt. "Useful idiots" is the phrase.

It describes easily manipulated dupes and has a long, colorful political heritage. It's widely applied to President Trump's evident susceptibility to Vladimir Putin's influence, and now applies to House Speaker Lee Chatfield and Senate Majority Leader Mike Shirkey. The two Republicans let President Trump make them look like co-conspirators by sitting with him for about an hour late Friday afternoon to hear fantasies about Michigan's Nov. 3 election results. (Here on Planet Real, receipts certified in all 83 counties show Joe Biden won by more than 155,000 votes.)

Wide criticism of the Michigan pair includes a suggestion by Jennifer Granholm that they "wear a wire" for self-defense in case of an election tampering inquiry. Like many others, the former governor believes Trump wants "Michigan’s legislative leaders ... to overturn the will of the Michigan’s voters," Granholm tweeted. "This is not just crazy, it's potentially a crime." 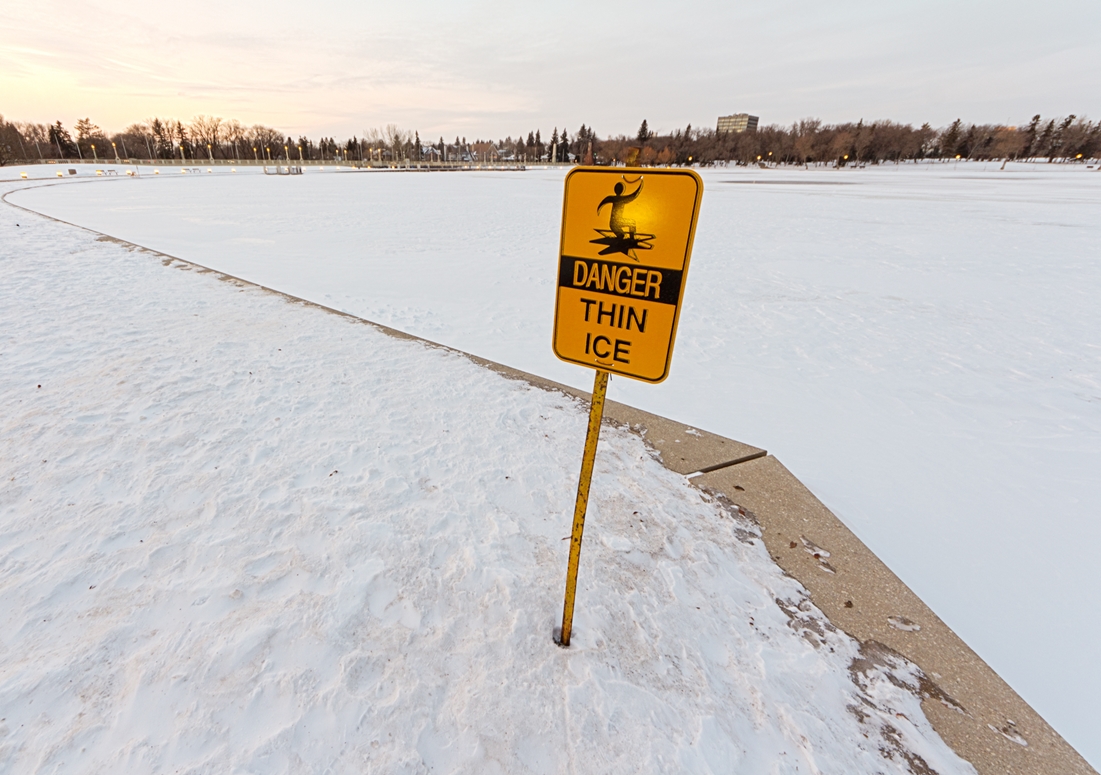 They proceeded amid warnings about Friday's risky step. (Photo: DepositPhotos)

University of Michigan law professor Richard Primus agrees. The meeting "threatens the two Michigan legislators, personally, with the risk of criminal investigation," he writes at Politco. "The likely agenda involves the felony of attempting to bribe a public official."

After their Pennsylvania Avenue drop-by, Shirkey and Chatfield promised not to ignore voters' wishes. "We have not yet been made aware of any information that would change the outcome of the election in Michigan," they say in a statement. "As legislative leaders, we will follow the law and follow the normal process regarding Michigan’s electors."

An earlier Associated Press dispatch from Detroit said the visit came "amid a longshot GOP push to subvert the democratic process that handed the battleground state to Democrat Joe Biden. Trump's campaign is openly floating the notion of trying to get friendly state legislatures to appoint electors who would overturn the will of the voters."

Knowing that, the pair still hopped on flights to Washington. "By taking the White House meeting, they indicated their possible openness to changing their minds," writes Primus of U-M.

Equally harsh rebukes come from near and far. A sampling:

► 'Paranoid fantasies:' "It's one thing for a defeated president facing expulsion to slander our state, and another for that state's ranking Republican elected leaders to indulge or amplify his paranoid fantasies.." -- Brian Dickerson, Detroit Free Press columnist

► 'Hopless endeavor:' "Shirkey and Chatfield shouldn't allow themselves to be dragged into the middle of plot to overturn the results of a legitimate election. They ... should not put their reputations at risk in this hopeless endeavor." -- Detroit News editorial

► 'You are ... a prop:' "When the president is peddling absurd conspiracy theories about the election, ... you are being used as a prop in his production." -- Rep. Justin Amash, I-Mich., replying to Chatfield tweet

► 'A White House plot:' "This is no 'meet & greet.' It's a meeting to implement a White House plot to steal Michigan’s 16 electoral votes." -- Laurence Tribe, Harvard law professor (tweet)

► 'Maximum danger:' "This is a period of maximum danger for our democracy. ... Inviting state legislators to the White House to discuss a plot to reverse the results of a free and fair election is the behavior of a foreign autocrat, not an American president." -- Eric Holder, former U.S. attorney general (tweet)

► 'The danger:' "If state officials start claiming the right to overturn elections because of vague claims about 'fraud," our democratic system will be unworkable. ... The danger to democratic elections is well understood." -- Professor Richard Primus, U-M Law School

Michigan's 32-year-old House speaker (the nation's youngest) and 65-year-old Senate leader came home Saturday and can reflect before Thursday's holiday on whether their Washington adventure brings more to be thankful for than to regret.