'They Wouldn’t Have Pulled This Stunt with a White Community,' Detroiter Says of GOP Election Challenges 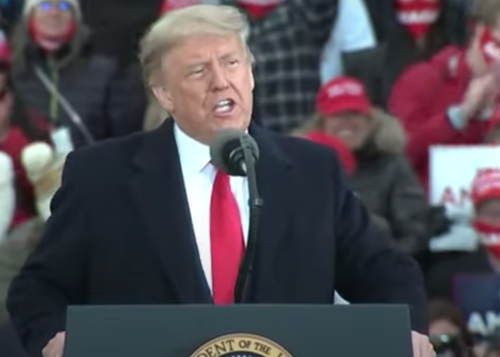 Dale Rich, a 72-year-old genealogist and photographer in Detroit, says it's not surprising that Republicans tried to nullify Detroit votes.

“It’s just an extension of what’s been going on for many, many years to Blacks and Black communities,” he tells The New York Times. “They wouldn’t have pulled this stunt with a white community, but they’ve gotten away with so much with us for so long.”

In this crazy post-election stretch, people like President Trump and his lawyer Rudy Giuliani have been challenging the results in heavily black populated areas like Detroit and Wayne County, They say there's widespread election fraud, but have presented no evidence.

“It changes the result of the election in Michigan, if you take out Wayne County," Giuliani said at a press conference on Thursday.

“He is on this racial appeal that says to people, ‘You know, it’s the Black vote, that there’s something wrong with it,’ and yet, if you look at the analysis, he lost far more ground in suburban Detroit, suburban Atlanta, suburban Milwaukee and suburban Philadelphia,” Duggan tells The Times.  “But he doesn’t want to talk about the fact that the huge shift in suburban women is the biggest factor in him losing those states. He goes to the same kind of us-versus-them appeal that has, you know, fueled his last four years.”

Rich, the photographer, goes on to say:

“Whether anyone likes it, the Black vote is powerful. Otherwise, why would they go out of their way to try to suppress it? Such efforts used to be more subtle. Now? Anything goes."