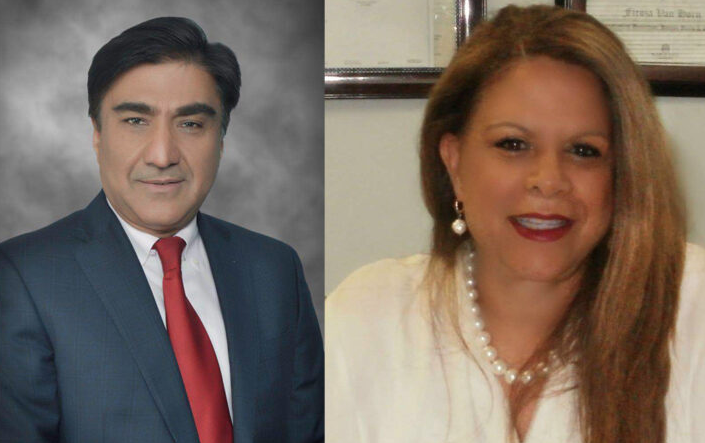 A Metro Detroit psychologist and a doctor are accused of creating fake medical diagnoses to help hundreds of immigrants fraudulently obtain citizenship.

Psychologist Firoza VanHorn, 70, of Bloomfield Hills and Dr. Muhammad Awaisi, 61, of Pontiac, are charged in a criminal complaint by federal authorities in Detroit.

“The allegations in this case are truly outrageous and are a disservice to every immigrant who comes to America and becomes a citizen the right and honest way," U.S. Attorney Matthew Schneider said in a statement.

Immigrants seeking naturalization as U.S. citizens must show the ability to read, write and use the English language, and must show knowledge of U.S. history and government. That can be waived for immigrants who prove they can't meet the requirements because of physical or mental disabilities.

Authorities allege that Van Horn and Awaisi helped immigrants fraudulently obtain these waivers by diagnosing them with medical conditions they did not have, documenting tests that weren't performed and prescribing unnecessary medication.

Van Horn typically received $500 for each fake diagnosis and medical file, authorities charged last week. In all, Van Horn helped 1,249 immigrants file requests for such waivers since 2016, the feds say.

In one case, authorities allege that a person met with Van Horn, who asked how he or sher was feeling. The person explained that they had been in a car accident.

Van Horn then diagnosed Chronic Post Traumatic Stress Disorder caused bythe crash, being held captive and assaulted by Sunni terrorists, being bombed, being jailed for a year by Saddam Hussein and being shot at a bus stop with friends.

In another case, Awaisi prescribed opioids even though the patient was not in pain.