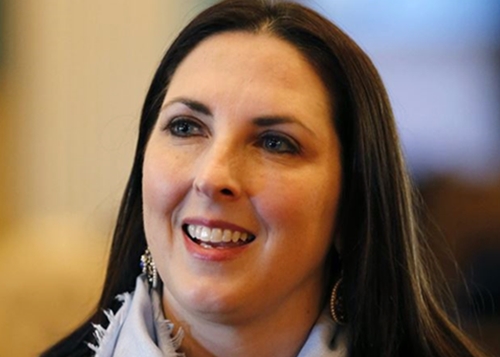 People in Republican circles often say nice things about Ronna Romney McDaniel, chair of the Republican National Committee. A good person. Politically astute. Those are just some of the things they say.

But Politico Magazine, in a piece headlined "The Inside Story of Michigan’s Fake Voter Fraud Scandal," paints a far less flattering picture of the 47-year-old Northville resident, granddaughter of the late Gov. George Romney and niece of Sen. Mitt Romney.

A national committeewoman and state party chair, McDaniel earned respect for her canny, studied approach. She spun and exaggerated and played the game, but she was generally viewed as being above board.

That changed after Trump’s 2016 victory. Tapped by the president-elect to take over the Republican National Committee—on the not-so-subtle condition that she remove “Romney” from her professional name—McDaniel morphed into an archetype of the Trump-era GOP sycophant. There was no lie too outlandish to parrot, no behavior too unbecoming to justify, no abuse of power too flagrant to enable. Longtime friends worried that McDaniel wasn’t merely humiliating herself publicly; she seemed to be changing in private. She was no longer coolly detached from the passions of politics. If anything, she was turning into a true MAGA believer.

There was some relief, then, when in recent weeks McDaniel told multiple confidants that she doubted there was any scalable voter fraud in Michigan. Nevertheless, McDaniel told friends and fellow Republicans that she needed to stay the course with Trump and his legal team. This wasn’t about indulging him, she said, but rather about demonstrating a willingness to fight—even when the fight couldn’t be won.

The author writes that she's anxious to keep her job, and she had to be increasingly concerned after failing earlier this month to deliver her home state of Michigan where the Trump campaign clocked a lot of hours of face time. But a little over a week after the election, Trump tweeted that he was giving "full support" for her to continue in the job.

This is why McDaniel has sanctioned her employees, beginning with top spokesperson Liz Harrington, to spread countless demonstrable falsehoods in the weeks since Election Day. It’s why the RNC, on McDaniel’s watch, tweeted out a video clip of disgraced lawyer Sidney Powell claiming Trump “won in a landslide” (when he lost by more than 6 million votes nationally) and alleging a global conspiracy to rig the election against him. It’s why McDaniel felt comfortable throwing under the bus a highly respected local Republican clerk in her own backyard, the Detroit suburb of Oakland County, for a human error that was rectified with transparency from start to finish. (The clerk, Tina Barton, called McDaniel’s insinuations of fraud “categorically false.”)

“The unfortunate reality within the party today is that Trump retains a hold that is forcing party leaders to continue down the path of executing his fantasy of overturning the outcome—at their own expense,” says Jason Cabel Roe, a Michigan-based GOP strategist who once worked as a vendor for McDaniel.