Too bad large Thanksgiving gatherings are taboo this year, because we have a table-conversation bomb that will make the top of your Trump-loving uncle's head blow clean off: 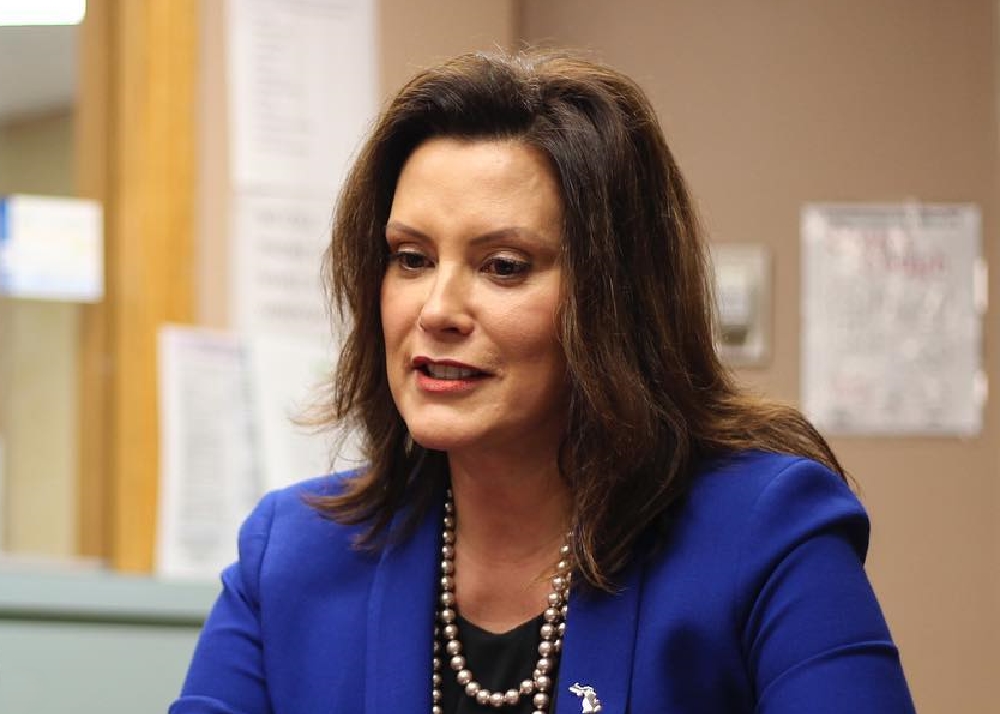 Could the glam gov be a cover girl? (File photo)

Gretchen Whitmer is in the running to be Time magazine's Person of the Year.

(Yes, one might ask why anyone cares about a dying magazine's end-of-year choice for a meaningless award, but make him say that. And then ask why he was crowing about President Trump's selection in 2016.)

Anyway, while the selection of the POTY is made by the magazine's editors, they do consider reader input, and have added Whitmer to an online poll. (Yeah, it's clickbait, but whaddaya want? Dying magazine.)

Whitmer has become one of the highest-profile governors, and has not been shy about criticizing the president and the federal Covid-19 response. The foiling of a kidnap plot against her in October cemented her position as a near-martyr to the cause of public health restrictions, and if "near-martyr to the cause of public health" doesn't make your own head nearly blow clean off, welcome to 2020 and where have you been all year?

The poll is constructed so that if you want to actually click through all the potential candidates, you have to give them your email address. Someone at The Detroit News did so, and reports:

Her nomination is among a long list of those who have made news, for good or bad, or who may be "a hero to some and a menace to others," Time says. This year's nominees include Vice President-elect Kamala Harris, voting rights activist Stacey Abrams, Kanye West, Dr. Anthony Fauci, U.S  Attorney General William Barr, Pope Francis, firefighters, Zoom CEO Eric Yuan and Black Lives Matters activists.

(As of Wednesday night, 81% of voters weighed in on the Whitmer choice with no. That's better than Barr, for whom 98% had voted no in the unscientific poll.)