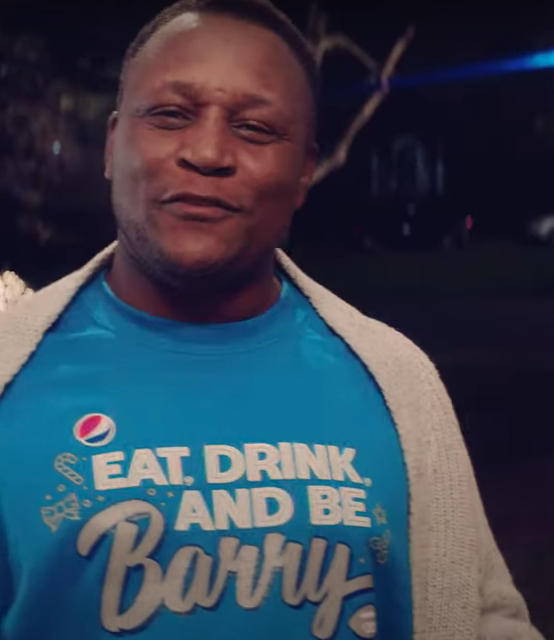 Barry Sanders is playing for Pepsi.

Barry Sanders was the greatest running back in Detroit Lions history, and is often mentioned in the same breath as NFL legends Jim Brown and Walter Payton.

He was drafted by the Lions in 1989  and retired, much to the dismay of many, in July 1999 before the start of that season.

Now, 21 years after retirement, the beloved Hall of Famer is still cashing in on his star power and image in TV commercials -- as was evident Thanksgiving Day, when he appeared in a spot for PowerHome Solar, a North Carolina-based company. The 52-year-old also was in recent Pepsi and Rocket Mortgage ads. (Videos below.)

In fact, his image is so coveted that he threatens legal action against Eastern Market Brewing Co. over the unlicensed use of his likeness on a beer poking fun at his former team, according to Forbes.  In response, Eastern Market pulled the beer a day after launch, removing it from the brewer’s site and social media platforms. Sanders indicated he still intends to pursue legal action:

Some of you may have seen this in the @freep today - I have no affiliation with this company, and they are using my image without any permission. My legal team is working through the process to shut this down ASAP. Apologies to any fans that were duped. pic.twitter.com/STCnX2fuGS

How much he's made from commercials is unclear. But what is apparent is that his image has plenty value, and Lions fans still have lots of adulation for a guy they had hoped for many years would come out of retirement.

Below are recent commercials.